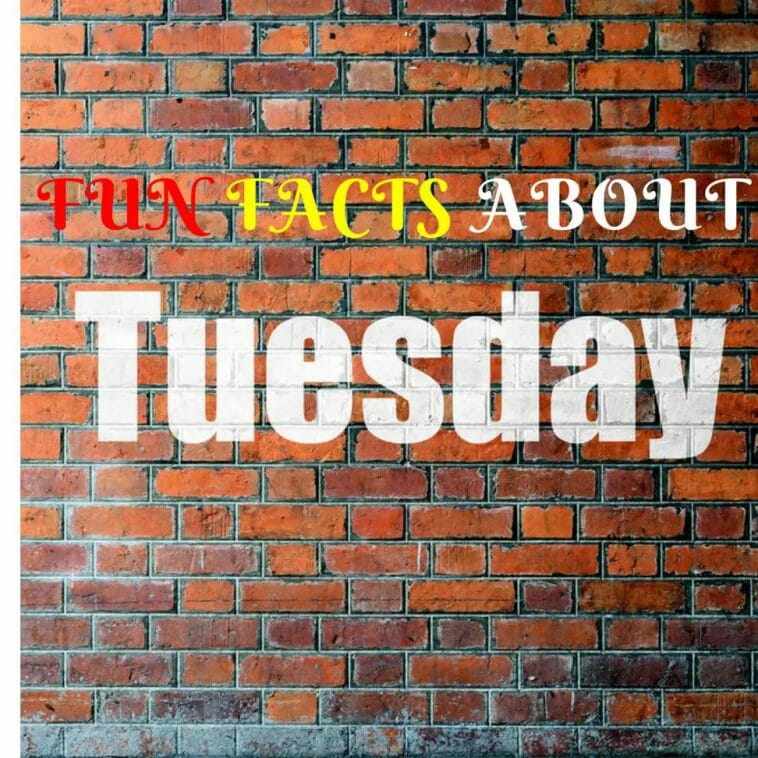 Contents for Fun Facts about Tuesday

1: Tuesday is derived from the Old English Tiwesdg. 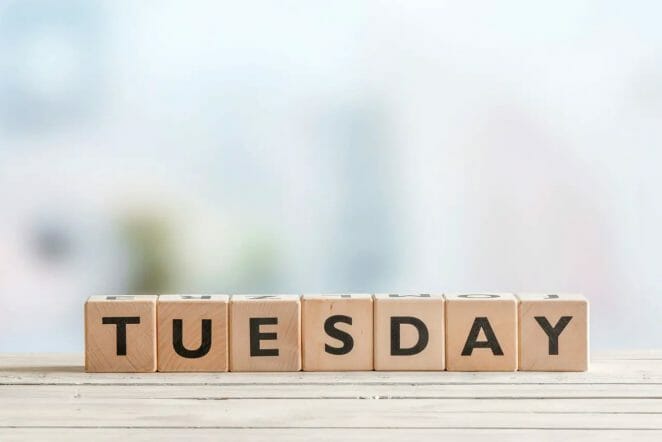 The word ‘Tuesday’ is supposed to be derived from the Norse ‘Twisday,’ which was devoted to the God of War, Tiw. ‘Tuesday’ was known as ‘Tiwesday’ in Old English. The term “Tiwesdg” has been in use from before the year 1050. In Norse mythology, Tiw (or Tr) is a god who represents bravery and war.

In Norse mythology, Tiw is one of the oldest Norse gods, ruling over law, justice, treaties, victory, and war. A prophecy predicted that a large wolf-like monster named Fenrir would murder Odin, the gods’ monarch. Tiw shown incredible bravery by sacrificing his hand to bind Fenrir.

2: Tuesday was considered the day of Mars, the God of War, by the ancient Romans.

Tiw is described in certain Latin sources as a rival of Mars, the Roman god of war. As a result, they dubbed Tuesday the dies Martis, which loosely translates to “Mars day.” This is one of the reasons why the day’s link with Mars is reflected in many Latin-based languages. The Spanish Martes, Catalan dimarts, Italian Martedì, and French Mardi are all examples of this.

3: Tuesday the 13th is considered unlucky in Spanish-speaking countries. 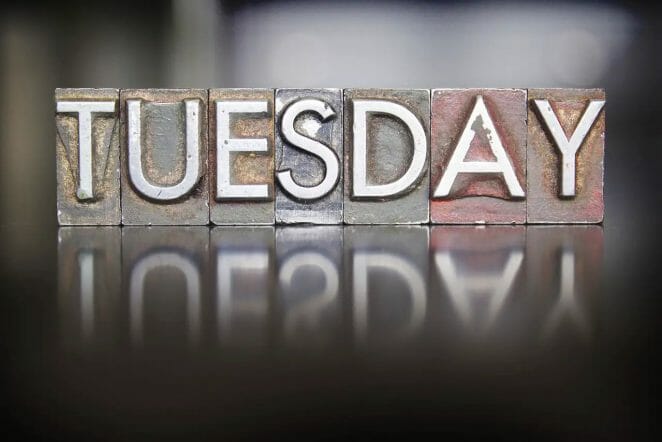 Tuesday is considered a day of bad luck in Greece. Like Tiw and Mars, they link the day with Ares, the god of war. Tuesday is called “Triti” in Greek, which means “third.” Because they believe that ill luck comes in threes, it’s no surprise that the day has a poor reputation.

The Fall of Constantinople to the Fourth Crusade occurred on April 13th, 1204, a Tuesday, according to narratives and significant historical records. On Tuesday, May 29th, 1453, Constantinople fell to the Ottoman Empire. Individual numerals in the year 1453 add up to the number 13, which is eerily similar to the number 13. Tuesdays are generally considered unfortunate in Spain.

4: Tuesdays in California are less likely than any other day of the week to be used for barbecuing.

According to a poll conducted in California, fewer barbecues are hosted on Tuesdays than on other days of the week.

5: Black Tuesday is one of the most notorious Tuesdays in the world.

Tuesday, October 29, 1929, is known as “Black Tuesday” because of the financial crisis that occurred on this day in 1929. It is on this date in 1929 that the Great Stock Market Crash took place, kicking off the Great Depression and setting the stage for World War II.

6: Tuesday is a crucial election day in the United States.

Microsoft’s software fixes are usually released on Tuesdays. Patch Tuesday is the second Tuesday of every month, and it is on this day that Microsoft publishes their monthly fixes.

Tuesday has been the typical day for new music releases since the 1980s. The shipment of actual music records to retailers is one commonly accepted reason for this. Companies had to transport physical copies of music records to music outlets before digital music distribution. The decision to release music on this day gave businesses a whole working day to unpack and stock new albums after receiving them over the weekend. This also allowed them to order extra albums before the weekend in case the first ones sold out.

In 2015, the release of new music was switched to Friday. The record industry, in general, has decided to release albums on Fridays, owing in part to Beyoncé’s surprise Friday album release in late 2013. According to polls, listeners also like to receive new music on Fridays.

9: Tuesdays are a popular day for video game releases. 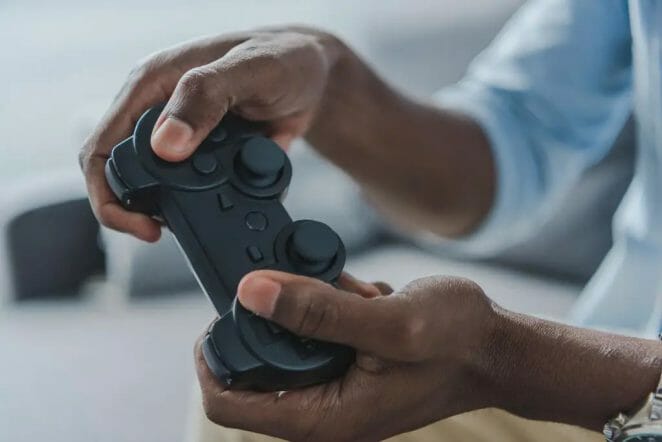 In the United States, video game companies have a tradition of releasing games on Tuesdays. This all started when Sega produced a sequel to its smash hit game Sonic the Hedgehog. Sega marketing director Al Nilsen suggested to project manager Madeline Schroeder that they release the game on a Tuesday, dubbed “Sonic 2sday,” as a marketing strategy. Sega published Sonic the Hedgehog 2 on November 24th, 1992, exactly as intended. This well-coordinated video game release was a huge success, and it would go on to set the bar for future video game launches.

10: The phrase “Taco Tuesday” is legally owned by Taco John’s.

Taco John’s, a fast-food business in the United States, has legal ownership of the phrase. It refers to the practise of eating or selling tacos at a discount on Tuesdays. In 1989, Taco John’s trademarked the term in all states except New Jersey, where it had previously been trademarked by another restaurant.

Since then, the taco joint has sent cease and desist notices to other businesses, requesting that they no longer use Taco Tuesdays. Surprisingly, the phrase originally arose in 1993 and is still a prevalent phrase and event in the United States.