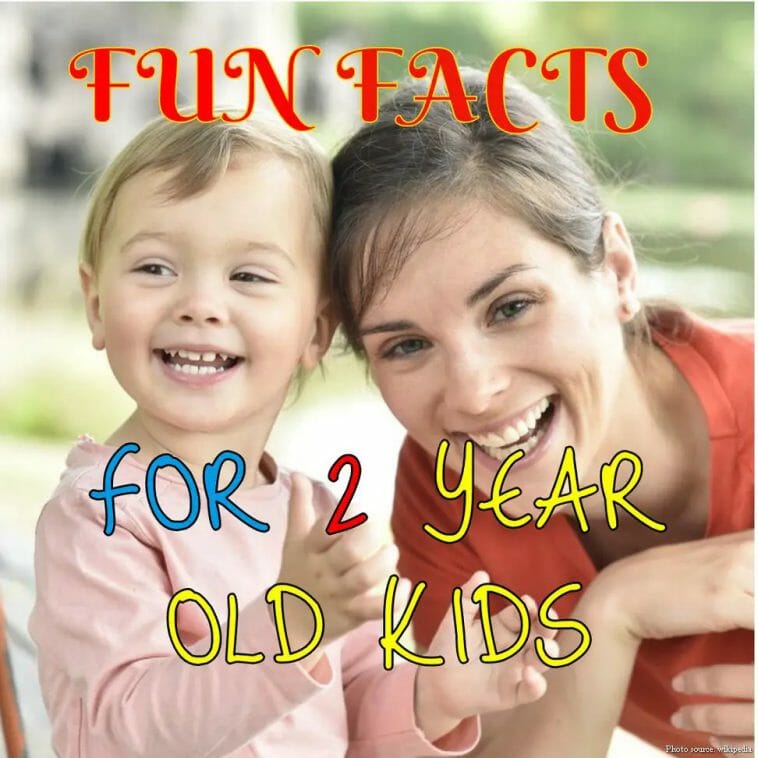 Talking to your kids is the best way to make sure they’re learning and developing. It’s also a great way to just have some fun! They may be young, but they don’t know everything yet. There are so many things they haven’t seen or experienced that you could teach them about. Why not start with these interesting facts for 2-year-old children? It might seem like a little thing, but it can go a long way in making your kids feel special and important. Plus, it will make you feel good too!

Read on for interesting facts about animals, food, and more.

Contents for Fun Facts for Your 2-year-old Kids

• Horses can sleep either standing or laying.

• A bear can run at the same speed as a horse.

• The octopus has eight arms.

• Stingers are only found in female bees.

• Snakes use their tongues to smell.

• There are almost 400 million dogs on the planet.

• Butterflies use their feet to taste things.

• Birds keep their eggs warm by sitting on them.

• The Killer Whale (Orca) is actually a form of dolphin.

• Some chickens lay blue or green eggs on the outside.

• A dog’s wet nose indicates that he is in good health.

• Because ants lack eyelids, they are unable to blink.

The human body is incredible

• Eyeballs are round balls that make up your eyes.


• Body grows when you sleep, but it is so slow that it is not felt.

• Your snot cleans your nose and keeps you healthy.

• Every year, your eyes blink around 4 million times.

• Your eyebrow has approximately 500 hairs.

• There are 14 finger bones in each of your hands.

• Your eyes blink constantly throughout the day to keep them clean.

• Goose bumps appear on the skin when you’re terrified or cold.

• One of the things that causes waves is the wind blowing over the water.

• When water becomes extremely cold, it condenses into ice.

• Lakes, rivers, and streams provide the water for your bath.

• The ocean water tastes salty if you dip your finger in it.

• It’s impossible to stand on a cloud.


• The hardest substance on the planet is diamond.

• The Dead Sea isn’t actually a sea. A lake, to be precise.

• Water covers over 70% of the Earth’s surface.

• Trees get their water from the soil via their roots.

• The Pacific Ocean is the world’s largest ocean.

• Creeks and streams are basically mini-rivers.

Having fun with food

• Milk from cows is used to make cheese.

• Tea is a beverage brewed from leaves.

• Ice cream is formed from whipped milk that has been sweetened.

• Bananas grow on a tree that is hung upside down.

• Pineapples get their name from the fact that they resemble pinecones.

• A cucumber is a fruit, not a vegetable.

• Avocados are berries, similar to strawberries and blueberries.

• A spoonful contains around 4,000 grains of sugar.

• Tofu is produced from a plant-based bean.

• Bread begins as a wet, squishy dough. You must bake it in a hot oven to turn it into bread.

Some other fascinating facts


• Early explorers used the inside of a watermelon to store water before plastic was invented.

• In some areas, enormous machines remove salt from seawater so it can be drank.

• Laundry machines with electric motors were invented around 100 years. Previously, people had to hand wash garments.

• Only strawberries have seeds on the outside. A strawberry has 200 seeds.

• Flushing the toilet uses around 5 gallons of water, or 80 glasses.

• Balls are filled with air. That’s why they’re bouncy and round.

• Paper is manufactured from the smashed up remains of trees.

• When you combine all of your paint colours together, you get dark brown.

• Long ago, ink-dipped feathers were used to write. Pens now contain ink instead.

• The Amazon is the world’s largest tropical rainforest.

• The majority of earthquakes are too small for people to feel.