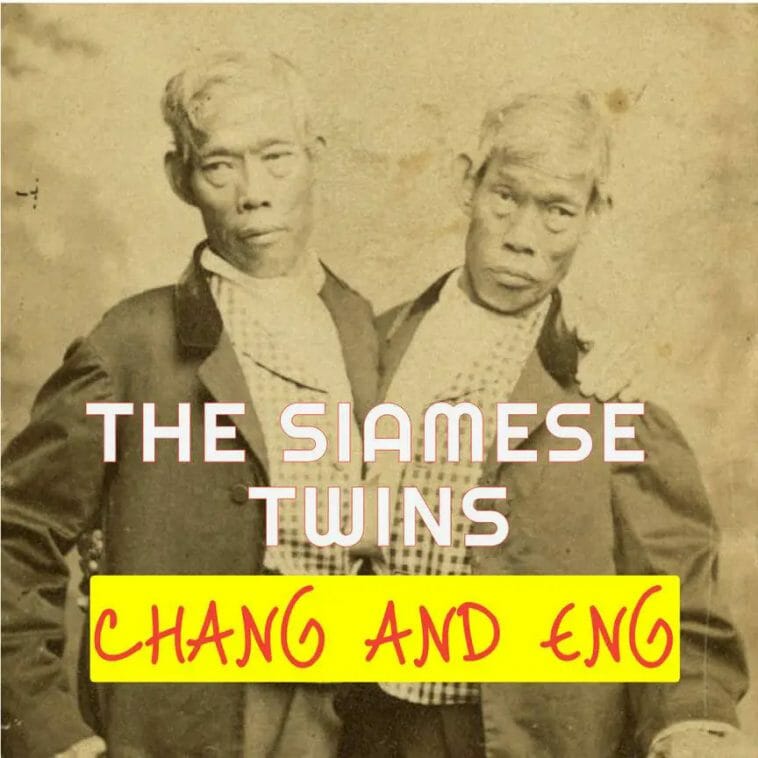 It’s hard to imagine the difficulties of having a conjoined twin. The term conjoined twins usually refers to instances where the twins are born with their bodies physically connected. Conjoined twins are formed when an early embryo divides only partially to generate two individuals. Although this embryo will produce two foetuses, they will remain physically attached, sharing a body and organs. They may appear to be one person, but they are two separate organisms. There is a great deal of diversity in the form of how they are physically connected. Some are attached at the back of the head, some at the navel, and some are attached at the chest. It is also possible for conjoined twins to be connected by their lower body, but the two are still separate people.

1: What are conjoined twins?

2: What was the name of the first conjoined twins?

A well-known case of conjoined twins wasn’t documented until 1811, when Chang and Eng were born in Bangkok, Thailand, with their sternums linked to one other. They were dubbed the “Siamese twins” by P T Barnum. They visited a variety of doctors while travelling the world with Barnum’s circus.

Chang and Eng Bunker were born as conjoined twins on May 11, 1811, in Meklong, Siam, to parents Nok and Ti-eye. Chang and Eng were joined at the breastbone by a little piece of cartilage, a form of connective tissue, when they were born.

3: What is the origin of the name Siamese twins?

Conjoined twins were referred to as “monsters” until the late 1800s. Chang and Eng Bunker, twin conjoined brothers born in Siam, now Thailand, are referred to as Siamese twins. They were dubbed “The Siamese Twins” when they first arrived in England to work as circus performers.

4: Is it possible that Chang and Eng were separated?

After the twins died on January 17, 1874, doctors from Philadelphia went to Mount Airy and asked the families for permission to look at the bodies, which they did. They were trying to figure out if they could have been separated during their lives.

The bodies were transferred to Philadelphia’s College of Physicians, where an autopsy was performed in the Mütter Museum, which revealed that the band joining the twins included sections of each twin’s peritoneal cavities, as well as a thin strip of liver tissue connecting their livers. It would have been too risky for the twins to be separated because they would have lost a lot of blood during the surgery.

5: Is it possible to separate Chang and Eng today?

Most doctors who met the twins advised against separating them because, at the time, medical technology made it a potentially lethal process. The twins might have been separated simply today, according to current medical literature.

Around 75% of conjoined twins share organs and are connected at least partially in the chest. The chances of surgery and survival are higher if they have different sets of organs than if they share the same organs. In most cases, conjoined twins with a shared heart are unable to be separated.

Chang and Eng, who were just 17 years old when they left Siam, were successful entrepreneurs who supported their family by selling preserved duck eggs. After three years of working under Coffin’s direction, the brothers took control of their own careers and drastically altered their public image. They travelled the country, announcing their local engagements with posters, until they were able to buy a plantation in North Carolina. In the 1860s, they were driven back into show business due to the costs of their enormous families and financial losses from the Civil War.

7: When Chang and Eng got married, who did they marry?


Chang married Adelaide Yates on April 13, 1843, and Eng married Sarah Yates. Initially, the Bunkers and their wives shared a reinforced bed made for four individuals in the same house. Chang and Eng spent three years building two distinct residences near Mount Airy, North Carolina. Chang and Eng alternated between the properties every three days, while the spouses each had their own house.

8: How many children did Chang and Eng have?

9: What is the total number of descendants of Chang and Eng?

Chang and Eng’s 21 children have more than 1,500 descendants as of 2018. Many members of the extended family still reside in western North Carolina, and the family has held yearly get-togethers since the 1980s, generally on the final Saturday in June. Despite the fact that the family has many sets of identical twins, none of them have ever been conjoined.

10: What caused Chang and Eng’s deaths?

Chang Bunker died of a brain blood clot on January 17, 1874, and his brother Eng Bunker died three hours later. Chang and Eng were autopsied by Harrison Allen, a professor in Pennsylvania, after they died. During the autopsy, he discovered that each of the brothers had their individual organs, but they shared a single joined liver. The twins’ liver and a plaster cast of their torso were donated to the Mutter Museum in Philadelphia, Pennsylvania, following the autopsy.

11: Did Chang and Eng both pass away at the same time?

No. Chang passed away in his sleep on January 17, 1874. Eng was heartbroken when he awoke to find his brother dead and exclaimed, “Then I am going.” Three hours later, he passed away.

12: When one of the Siamese twins dies, what happens to the other?

Dr. Eric Strauch, a paediatric surgeon at the University of Maryland Hospital for Children, stated plainly in Esquire, “They die.” He goes on to say that after the deceased twin’s heart stops, the “The conjoined twin’s blood stops flowing, the arteries dilate, and the conjoined twin bleeds into the dead twin.

If it doesn’t happen right away — say, if it’s a minor link — an infection will develop in a matter of hours. If surgeons are there when the [first twin] dies, the procedure can be performed and [the other] saved. I don’t believe anyone has done it before; if they were separable before, separation was typically tried.”

13: Where are Chang and Eng bunker buried?


Eng and Chang Bunker, the first Siamese twins, are buried at the White Plains Church community, just outside Mount Airy’s city borders, which is still home to over a thousand of their descendants. In their last plot, the twins’ wives were also buried with them. The gravestones of Chang and Eng can still be seen in the White Plains Baptist Church Cemetery. Hundreds of descendants gather each year to commemorate their forefathers’ birthdays.

14: What is the oldest pair of conjoined twins?

Ronnie and Donnie Galyon were conjoined twins who lived from October 28, 1951 until July 4, 2020. The Galyons were the world’s oldest living conjoined twins in 2009, according to Guinness World Records, and held the world record for the longest-lived conjoined twins in history as of October 29, 2014, when they overtook previous record holders Giacomo and Giovanni Battista Tocci. On July 4, 2020, the twins die of congestive heart disease at the age of 68 in a hospice accompanied by their family in their hometown of Dayton, Ohio.

15: Is it possible for female conjoined twins to become pregnant?

The Blazek sisters were an extreme development case of the terminal monogenital pygopagus type of conjoined twins, in which one of the linked sisters conceived and went through labour and childbirth.

16: How many conjoined twins are there in the world today?