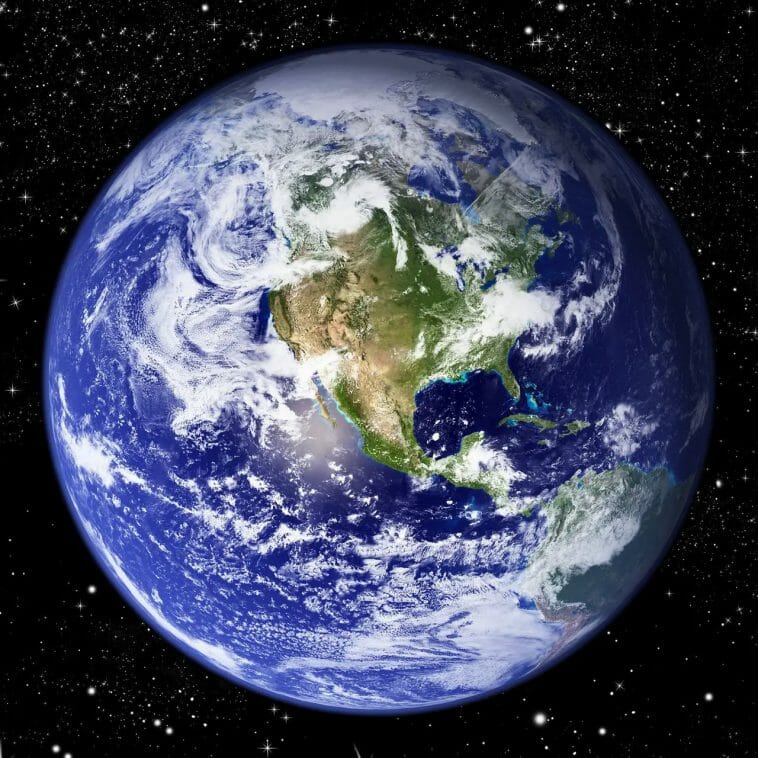 Awe-inspiring ingenuity has gone into the construction of the blue ball we call home, the Earth. One of the reasons is because it is our home and the only planet on which we can survive. Although we have learnt a great deal over the years studying this enigmatic planet, there is still so much we don’t know about it. No matter how long it’s been, we’ll never know what this place was like thousands of years ago or what strange processes the Earth has undergone.

Contents for Fun Facts about Earth

Our home planet Earth follows Mercury and Venus as the third planets in our solar system’s orbit. While this is true, our planet is exceptional in that it contains an abundance of oxygen, water (in the form of oceans), and biological life to support human civilization. Its surface is also made up of rocks, similar to those found on other planets such as Mercury, Venus, and Mars.

Our planet is the only planet in the solar system that has plate tectonics. These plate tectonics play a vital supporting role, and these are formed by breaking up the outer crust of our Earth. These are constantly floating atop the magma interior of Earth and, they can collide with each other too. Whenever a collision happens, one plate will go beneath the other, and in this way, they will allow the fresh crust to form.

This whole process provides a supporting role to the planet and leads to tectonic resurfacing and geological activities such as Earthquakes, volcanic eruptions, and oceanic trench reformation. This is also vital for steps for the carbon cycle. These plates ensure that the carbon is recycled and is not left stuck, or else the Earth would only become an overheated globe of death.

The first time astronauts ventured into space, they got a firsthand look at the planet Earth from beyond its atmosphere. “The blue planet,” they called it because of their findings. The question remains, though: Why is it blue? In large part, it’s because we have so much water — specifically, the Oceans, which encompass 70% of the world while we occupy only a third of its solid crust.

The Earth’s core is known to be as hot as the Sun’S surface. In the middle of Earth, where all the reactions take place, it is estimated that the temperatures can reach up to 10,000 degrees Fahrenheit. This is pretty much the same as the temperature of the Sun’s surface, which is almost equal to 9980°F.

Earth is mostly covered with Iron, Oxygen, Silicon, and Magnesium which are present in an abundant amount. If we break up every part of Earth to get a percentage, we would be looking at 30.1% Oxygen, 15.1% Silicon, 32.1 % iron, and 13.9% magnesium. But if you get closer to the core, then the amount of iron would be 88%.

The dry environment of Antarctica has led to the continent being referred to as a desert. Due to the snow, the interior of Antarctica receives less than 50 millimetres of precipitation per year. Aside from that, Antarctica is home to 70% of the planet’s freshwater reservoirs and 90% of its ice, making it a valuable resource.

The Earth is also working as an independent Captain America, protecting us from the effects of harmful solar wind. But how does the Earth do it? Well, it’s all due to the nickel-iron core of Earth which combined with Earth’s rapid rotation, produces a powerful shield.

#8: All Planets Are Named After God

There are eight planets in total, with Earth being the only one that has not been named after a God. The other seven planets are named after Roman Gods or Goddesses, and they are Mercury, Venus, Mars, Jupiter, Saturn, Uranus, and Neptune.

Due to the 365.2564 days in the Earth’s year, every fourth year is a “leap year.” A year contains 365.2564 days. One orbit of the Earth around the Sun is equivalent to one solar year. In contemporary society, a whole calendar year is typically converted to 365 days. To compensate for the time that has passed, we add a day to our calendar every four years to accommodate for daylight savings time.

I know the heading might have shocked you, but yes, the Earth only has one moon and the other two are orbitals known as 3753 Cruithne and 2002 AA29 which are a part of the greater asteroid population known as Near-Earth Objects. The first one, named 3753 Cruithne, is sometimes called “the second moon”, measures about 5km across, and doesn’t orbit around the Earth. It has its orbit synchronized with our Earth, but it’s following its own distinct path around the Sun.

Antarctica is termed as the 5th largest continent and covers an area of 10% but there is no population on this continent. For the last two, we have continent Europe and Oceania that combined make up the rest 12% of the land.

#13: The orbit of the planet Earth around the sun

While the Earth orbits the sun, it is also rotating along an imaginary line called an axis that runs through the planet’s core from north to south. Earth rotates on its axis in 23.934 hours and orbits the sun in 365.26 days – these gyrations determine our days and years on Earth.

The Earth’s orbit is an oval-shaped ellipse, like the orbits of all the other planets in our solar system, rather than a perfect circle. We are closer to the sun in January and farther from the sun during the month of July, but this closer closeness has a lower impact on our planet’s surface temperatures than does Earth’s tilt.