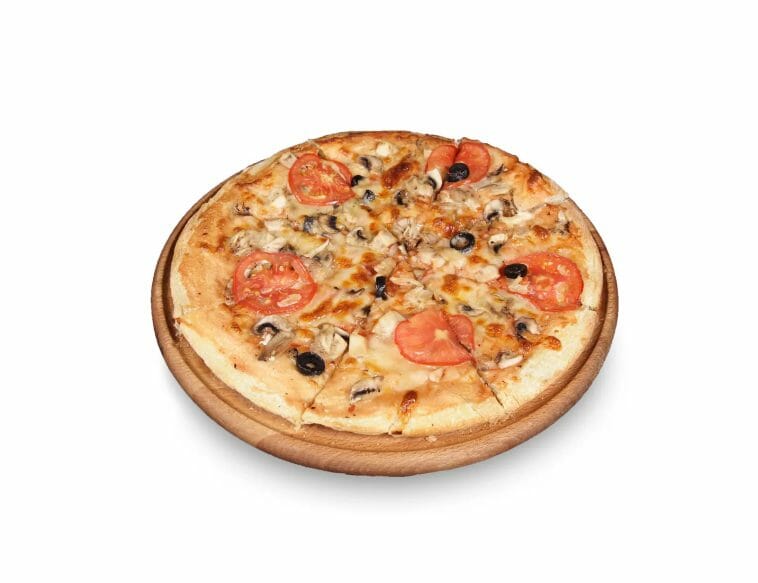 Pizza is unquestionably a cuisine-defining dish. People all across the world enjoy it, and you can almost always find some type of pizza available everywhere you travel. Pizza was originally an Italian meal, but it has now expanded to encompass a wide range of other cuisines. Almost everyone knows and loves pizza, making it one of the few dishes that are universally loved and known. It’s gooey, cheesy, and can be found just about anywhere you look. We’ve compiled a list of fun pizza facts to whet your appetite even further.

Pizza has its origins in ancient Greece and Egypt, where it was cooked like flatbread and topped with olive oil and spices. The World’s first pizza place is known to be in Naples, Italy. This pizza place named Pizzeria Port’Alba started in 1738 as a simple stand for peddlers, which later got converted into a restaurant in 1830. The fascinating fact in all of this is that the pizza place is still active and serving its customers. So, Naples is willing to offer you guys the best pizza with a side of a pizza history lesson.

The word “pizza” has been around for at least a thousand years, with the first documented evidence dating back to the year 997 AD. The name “Pizza” is derived from the Latin word “Pinsa” which meaning “flattening out”. Due to its physical shape, the word’s definition explains how it is used.

We know the first modernization of pizzas started in Naples, with the addition of tomatoes. Among those tomato-based early pizzas, Marinara pizza is known to be the oldest of them all. The name Marinara came from its popularity among the fishermen. Marinara pizza started in 1734 and, it’s made up of simple and wholesome bread topped with its specific ingredients, tomato sauce, garlic, oregano, and extra virgin olive oil.

It is a well-known story about a chef named Raffaele Esposito who offered Queen Margherita di Savoia three varieties of well-known pizza. According to the tale, the Queen preferred the one topped with mozzarella, and basil, as they resembled the colors of the Italian flag. The chef named this pizza after the Queen in her honor, and that’s how Pizza Margherita was born.

The USA got its first pizzeria in 1905, 16 years after the invention of Pizza Margherita. This place was opened by an Italian immigrant named Gennaro Lombardi and was named Lombardi’s. Even to this day, Lombardi’s is still running and serving pizza to customers.

Italy is known as the motherland of pizza, but pizza has become the most eaten fast food all over the globe. With its growing popularity, each country has created its version of pizzas, loved and cherished by its people. When you go to countries like Brazil, they add a touch of peas in toppings. Similarly, pizzas in France have eggs, and the Chinese people love pizza crusts made with hot dogs. Whereas, in India, chicken tikka pizza and pepperoni are the popular pizza types.

Approximately 350 pieces of pizza are consumed in the United States every second, according to the National Association of Pizza Operators. In a single day, that’s the equivalent of nearly 100 acres of pizza. The fervour with which Americans regard pizza is unfathomable.

The world’s most expensive pizza is Louis XIII Pizza, costing around $12,000. Well, one thing we can all agree on is that the price tag is the biggest shock it will give to anyone even before the taste. It’s cooked in a surprisingly unique fashion, which adds to its price rate. This pizza takes over 72 hours to get ready. When you order the pizza, pizza-chef, waiter, and premium level cutlets arrive at your house in Italy. The pizza itself is topped with three types of caviar, organic buffalo mozzarella, and 7 different cheese varieties, along with pink Australian salt, lobster, pawns, and champagne. Well, for $12,000, they sure treat the person as a King. 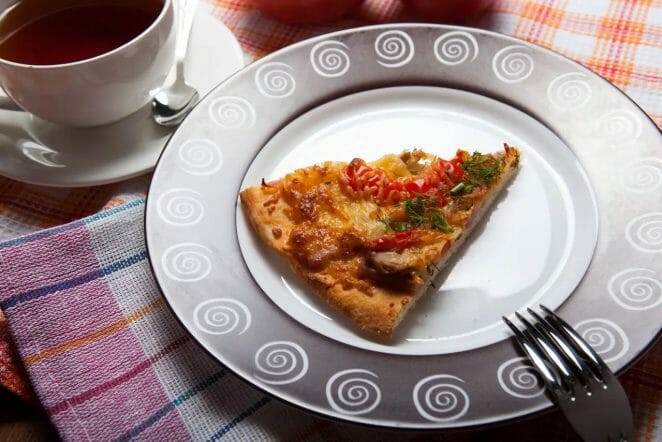 A large proportion of Americans start their day with a slice of pizza. They view it as a morning meal rather than a midday one.

According to Harris Poll results, the most popular pizza topping is pepperoni. Spices and flavourings are mixed in with the beef and pork ground meat to create this dish. Salt and sodium nitrate are used to preserve the pepperoni’s flavour and colour while also thwarting the growth of bacteria that are undesirable.

The biggest pizza in the world record was prepared by Dovilio Nardi, Marco Nardi, Mateo Nardi, Andrea Mannocchi and Mateo Gianotte in Rome Italy. The gluten-free pizza was prepared on December 13, 2012, and had a surface area of 13 580. 28 square feet. They named the pizza Ottavia after a roman empire Octavia Augustus. The pizza was used to spread awareness about health-conscious food choices.

Miguel Silva from Mexico sliced 15 pizzas in one minute and 14 seconds at Big Slice Pizza of New York in New York, the USA, on September 5, 2017.

Pizza Hut Africa of South Africa and Yum1 brands of USA delivered pizza at the summit of Mount Kilimanjaro Tanzania, which is 19,347 feet high. The record was set between 5 and 8th of May in 2016.

Yuri Usachov, a Russian cosmonaut, received a 6-inch pizza in 2001 while in orbit. The Russian Space Agency was paid more than a million bucks to deliver the pizza to the International Space Station.

Football and pizza are the perfect combos for Americans. The super bowl presents the perfect avenue for Americans to have fun watching football while eating pizza. Pizza delivery is also very big on Halloweens, the day before Thanksgiving, New Year’s Eve, and New Year’s Day. Priebe noted in his book that there is a 35% rise in pizza delivery sales on Super Bowl Sunday.

Before World War II, pizza was mostly consumed by Italian immigrants in their communities. Allied troops began eating local foods during the occupation of Italy, and with time they fell in love with the delicacy. After the war, the soldiers brought the love for pizza with them, gaining worldwide meal popularity.

The technical name for the crust is cornicione, or the end crust. Most kids hate this part of the pizza and tend to peel it off before eating their pizza.

In October 1984, Gerry Durnell, editor of Pizza Today Magazine, declared October to be the United States’ national pizza month. As a result of its popularity, the occasion is now observed yearly. Due to Halloween, he chose October as the busiest month for pizza dealers.

Pizza is the most popular meal in America, and the industry contributes a lot to the economy. According to research carried out by the America Pizza Community, over a million people are employed in over 73,000 US pizzerias across the country.

The pizza theorem is a mathematical theorem that explains a concept in basic geometry. The theorem states that the equality of two areas arises when one partitions a disk in a certain way. The theorem shows that if two people share a pizza sliced in a certain way by taking alternating slices, each of them gets an equal amount of the pizza.

Pizza was first documented in a manuscript at Gaeta, Italy, around 997AD. This was reported to an Italian newspaper, La Repubblica, by Giuseppe Nocca, who is a food historian. It is after that documentation that the word ‘pizza’ spread to different parts of central and southern Italy.

Pizzerias in Scotland have gone a level higher with experimentation and now offer deep-fried pizza. The Scottish pizzerias offer slices of pizza to be deep-fried instead of baking it.

Even astronauts in space crave pizza, and NASA has their interests at heart. NASA commissioned an Austin-based tech company called Bee Hex to create a 3D printer that makes food, pizza included. The printer can make pizza in half the time an average chef uses and has a variety of toppings and sauces, such as vodka sauce and burrata cheese.

It may seem absurd, but what follows is 100% accurate. The circle’s area grows in proportion to its radius. To put it another way, a larger pizza’s diameter suggests that a slice will hold more food.

Square-shaped pizza, also Sicilian or grandma-style pizza, is the original shape of the Italian pizza. According to Pizza Today Magazine, the square-shaped pizza contained Romano instead of mozzarella cheese.

Thin crust pizza is the most popular pizza choice among Americans. Deep dish is the second most common pizza among Americans. This is according to the book The United States of Pizza-by-Pizza connoisseur Craig Priebe.

Average pizza slice nutrition content is mostly protein-based, according to the USDA report. It is funny that the majority consider pizza as junk. Pizza contributes to 35% of the recommended daily protein intake.