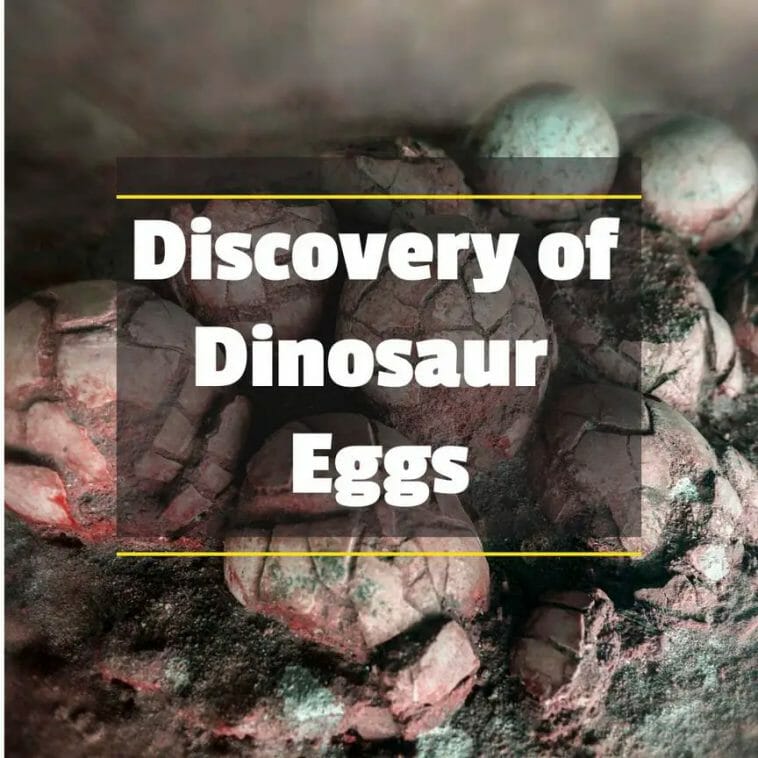 Dinosaur eggs are the places where dinosaur embryos grow and develop. In the 1820s, when the first scientifically recorded remains of non-avian dinosaurs were described in England, it was assumed that dinosaurs had laid eggs due to their reptilian nature. In 1859, Jean-Jacques Poech discovered the first scientifically verified dinosaur egg fossils in France, but they were misidentified as huge bird eggs.

Dinosaur eggs have been discovered

In Mongolia, in 1923, a crew from the American Museum of Natural History unearthed the first non-avian dinosaur egg fossils recognised by science. It involves the finding of dinosaur eggs that, upon initial examination, were believed to belong to the Protoceratops dinosaur. Paleontologists hypothesised that Protoceratops deposited the fossil eggs discovered at Flaming Cliffs because it was the most prevalent dinosaur in the area where the eggs were discovered.

In the 1990s, however, Museum expeditions unearthed identical eggs, one of which included the embryo of an Oviraptor-like dinosaur. It was formerly believed that these eggs belonged to the regionally abundant herbivore Protoceratops, however it is now discovered that they are actually Oviraptor eggs.

Mark Norell discovered a fossilised egg that contained an oviraptorid embryo in 1993. These small bones helped explain something that was found more than 70 years ago. Roy Chapman Andrews and his group found a fossil of an adult Oviraptor sitting on eggs in the 1920s.

Andrews assumed the eggs belonged to a Cretaceous Gobi dinosaur called Protoceratops. His opinion was that the Oviraptor had raided a Protoceratops nest for eggs. Since Dr. Norell’s egg from 1993 matched the eggs discovered in the 1920s, scientists now believe that the Oviraptor discovered by Dr. Andrews was actually guarding its own nest of eggs.

Amniotes, which include birds, mammals, and reptiles, create eggs with an inner membrane or “amnion” that protects the embryo from dehydration. A number of amniotes, such as turtles, lizards, and snakes, lay eggs with a soft shell. Others, such as birds, deposit eggs with extremely dense, calcified shells.

Because modern crocodilians and birds, both of which are living dinosaurs, deposit hard-shelled eggs, it was long believed that all non-avian dinosaurs also laid such eggs. Using an array of advanced geochemical techniques, the scientists discovered evidence of the proteinaceous membrane that forms the innermost eggshell layer of all current archosaur eggs, as well as those of birds and crocodiles.

Scientists have discovered a wonderfully preserved dinosaur embryo, which was about to hatch from its egg like a chicken. The embryo was discovered in Ganzhou, China, and scientists believe it to be at least 66 million years old. It has been given the moniker Baby Yingliang and is believed to be a theropod dinosaur, or oviraptorosaur.

Researchers now have a better understanding of the connection between dinosaurs and current birds as a result of this discovery. The fossil reveals that the embryo was in a position known as “tucking,” which is a behaviour observed in birds just prior to hatching. This position was previously unknown in non-avian dinosaurs.