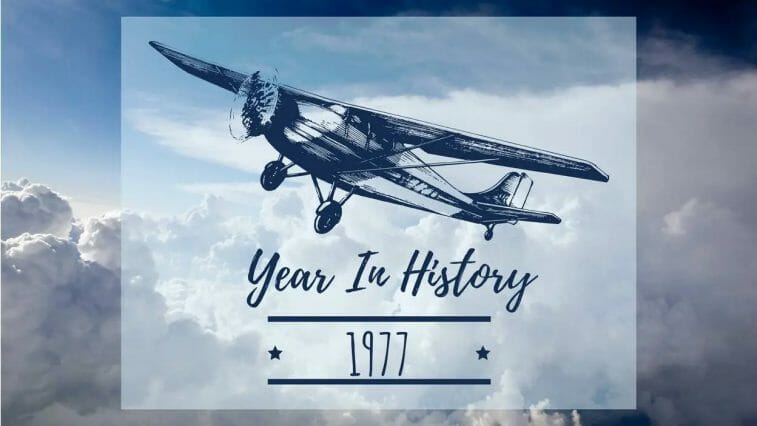 1977 was a notable year for technology, as it marked the start of a major decade of technological advancement. There were two important occurrences this year that laid the groundwork for major technological breakthroughs for the average individual. The world’s first all-in-one home computer, the Commodore PET, was demonstrated at the first event in Chicago, Illinois. The second event that occurred at the same time was Apple Computer’s incorporation. The combination of ordinary consumer technology progress and Apple’s inclusion would eventually lead to important technological advancements in the coming decades.

There were some important advancements in music. For example, Fleetwood Mac released Rumours, a critically praised album. The Clash released their self-titled debut album, The Clash, in another notable album release. The Sex Pistols released their renowned, or notorious, album, Never Mind the Bollocks, Here’s the Sex Pistols, in another record release this year. The News of the World album featured some of Queen’s most well-known songs, including “We Will Rock You” and “We Are the Champions.” Elvis Presley performed his final concert in Market Square Arena in Indianapolis, Indiana, in June 1977, in another important musical advancement. On August 16, just a few days after this event, he died at his Graceland mansion.

There were also some significant advances in literature and film. J.R.R. Tolkien’s The Silmarillion was published in literature. This final collection of Middle-earth legends was released after Tolkien’s death, with Christopher Tolkien’s help in getting these works published. Star Wars premiered in theatres, beginning an epic franchise that has captivated our culture’s collective imagination for generations. In other movie news, this year saw the debut of Saturday Night Fever, which helped begin John Travolta’s acting career, while Disney produced The Rescuers, an animated masterpiece. The 49th Academy Awards were held this year, with Rocky, starring Sylvester Stallone, winning Best Picture.

Continue reading to discover more about the events of 1977.