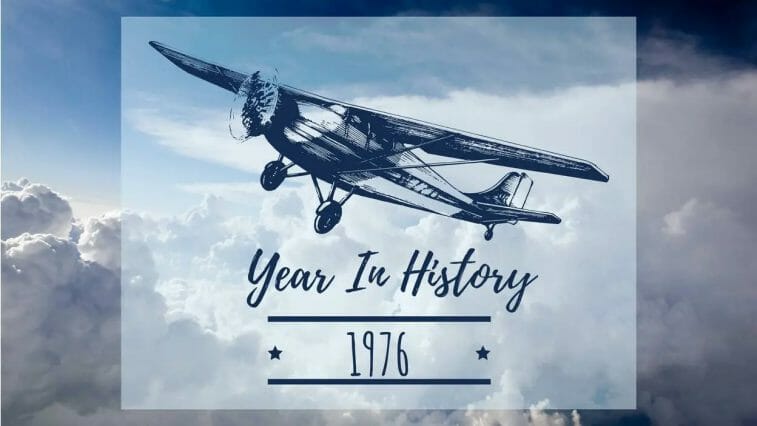 1976 was a watershed moment in the computer/tech industry. This year saw the launching of Cray-1, the world’s first commercial supercomputer. Apple Computer Company was formed in this year by Steve Jobs and Steve Wozniak. NASA’s Viking 2 spacecraft has successfully landed on Mars. Viking 2 got to work right away after landing, sending the first-ever close-up colour photos of the Martian landscape.

This year in the Disco Decade, music was not solely focused on disco. Ramones, the Ramones’ debut record, was released this year. Songs in the Key of Life, Stevie Wonder’s renowned album, was also released. In other rock headlines, 1976 saw the formation of U2 and the publication of the Eagles’ classic album, Hotel California.

1976 was also a significant year in terms of literature and theatre. In the sphere of literature, novelist Anne Rice published her first novel, Interview With a Vampire, which would go on to become one of her most well-known works. With the Royal Shakespeare Company, Ian McKellen and Judi Dench gave a spectacular rendition of “The Scottish Play,” Macbeth.

Continue reading to discover more about the events of 1976.