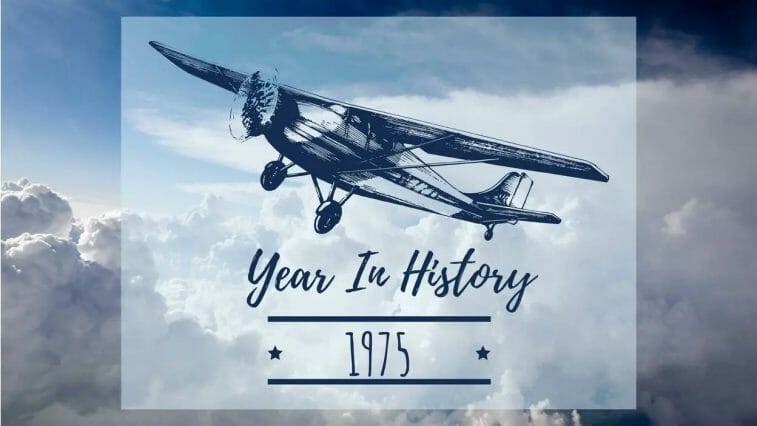 1975, in the midst of the Disco Decade, was a year that provided the world a slew of new breakthroughs in popular culture that have lasted a long time. The long-running American game show Wheel of Fortune debuted on NBC in January. Monty Python and the Holy Grail was published in April of this year, and it has since become one of the most lasting comedies of all time. Jaws, a breakthrough film, was released in June. In October, Saturday Night Live made its debut, marking yet another milestone for comedy. George Carlin, one of the greatest comedians of the twentieth century, hosted the debut episode. This was also the year that Queen released “Bohemian Rhapsody,” one of their most famous songs, as a single.

This year, the first-ever “monster truck,” dubbed “Bigfoot,” was developed in the realm of motorsports. On October 1, the “Thrilla in Manila” takes place, in which Muhammad Ali defeats Joe Frazier in one of the most renowned boxing contests of all time.

Margaret Thatcher became the leader of the Conservative Party in the United Kingdom in February 1975. She was the first woman to lead any political party in the United Kingdom at the time. 1975 was also the year in which the Vietnam War ended. Saigon fell to the Northern forces after years of fierce combat. The city was evacuated by American troops and a large number of people from South Vietnam. The war in Vietnam came to an end with the fall of Saigon and the unconditional surrender of the South.

NASA launched the Viking I probe to Mars in the realm of space exploration. It safely landed in 1976 and remained operational on the surface for almost 2,000 days, a record that was not broken until the Opportunity rover landed in 2004. Bill Gates and Paul Allen launched Microsoft in April 1975, in a move that would revolutionise the world.

Continue reading to discover more about the events of 1975.