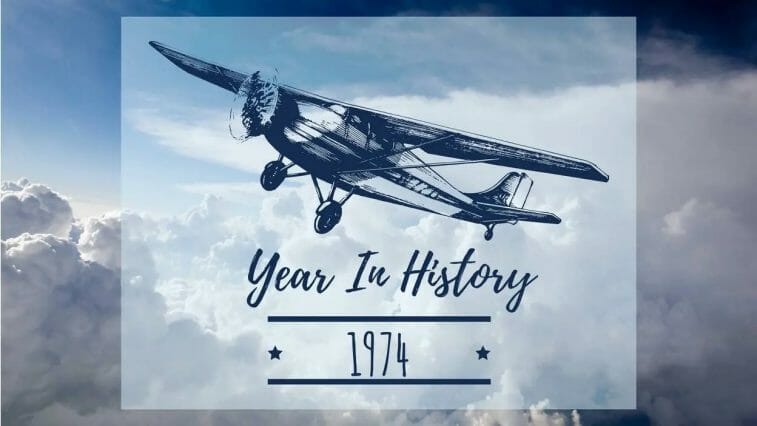 According to a United States Census Bureau estimate released in April, the world population reached 4 billion people in 1974. The oil crisis triggered by an embargo on oil shipments to the United States, Europe, and Japan came to an end on March 18th, when most members of the Organization of Petroleum Exporting Countries (OPEC) withdrew the embargo.

On April 25th, a right-wing military coup known as the Carnation Revolution in Portugal ended the country’s 48-year dictatorship. In a similar spirit, after seven years of military control, the Greek military junta was replaced by a civilian administration on July 23rd. On August 8, one day after a French high-wire artist finished his renowned high-wire walk between the Twin Towers of the World Trade Center in New York City, President Richard Nixon announced his resignation in the wake of the Watergate Scandal. Nixon was succeeded as the 38th President of the United States by Vice President Gerald Ford, who pardoned his predecessor a month later.

Hank Aaron, a baseball player, equaled Babe Ruth for the most home runs with his 714th on April 8th, a record he would break four days later in Atlanta. On July 7th, West Germany defeated the Netherlands 2-1 to win the 1974 FIFA World Cup. On March 8th, English rock band Queen released “Seven Seas of Rhye,” the first of a succession of popular singles, while Hungarian architecture professor Erno Rubikin devised the renowned Rubik’s Cube Puzzle.

Continue reading to discover more about the events of 1974.