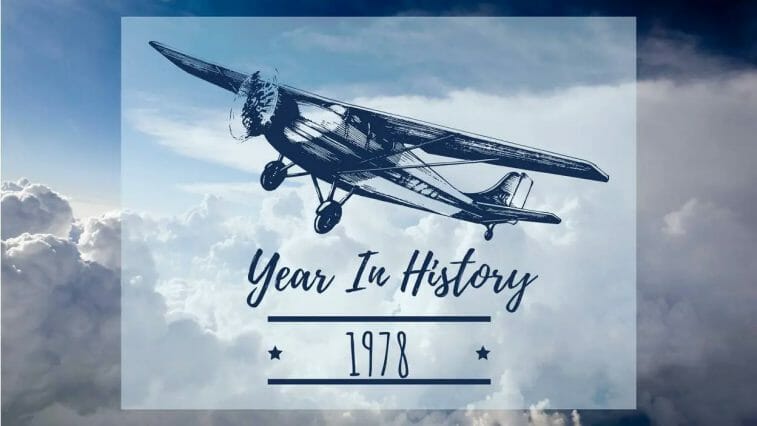 1978, near the close of the “Disco Decade,” saw a number of significant cultural changes. The 50th Academy Awards were held in April of this year in Los Angeles, California. Annie Hall won Best Picture, and Star Wars won Best Original Score and a slew of other technical honours, all hosted by Bob Hope. Grease, starring John Travolta and Olivia Newton-John, was released in theatres the same year. In 1978, another significant film, Superman, featuring Christopher Reeve as the Man of Steel, was released in theatres.

In a strange turn of events, Charlie Chaplin’s remains were stolen from his resting site in Coster-sur-Vevey, Switzerland, in March 1978. The body was kept for ransom in order to extort Oona Chaplin, Chaplin’s widow. The thieves were apprehended in May, and Charlie Chaplin’s body was returned to his original resting place, though the grave was clearly reinforced for security reasons.

There were also some significant scientific breakthroughs this year. The dwarf planet Pluto’s satellite Charon was found in June. The first “test tube” baby was born in the United Kingdom the following month. The influence of this reproductive technology provided humans an unprecedented ability to manipulate the natural world, and it would have a global impact on millions of lives.

The Camp David Accords between Israel and Egypt were signed at the US presidential retreat in Maryland, marking two significant political milestones. This created the framework for the Egypt-Israel Peace Treaty of 1970, which was a crucial step toward regional peace. In Europe, the newly ratified Spanish Constitution of 1978 gave the Spanish people democratic government again.

Continue reading to discover more about the events of 1978.