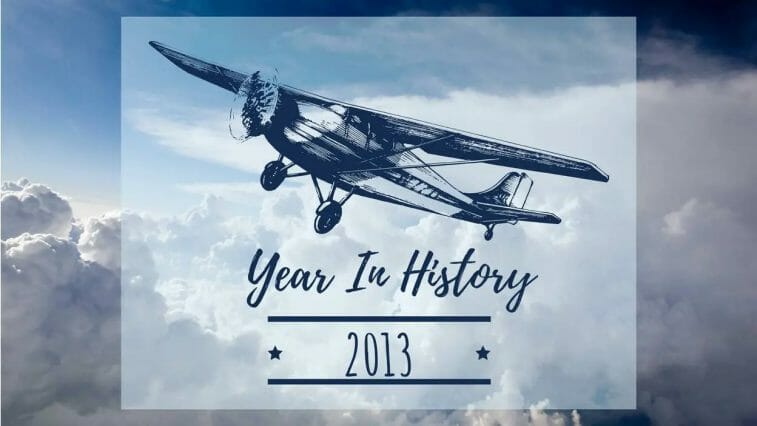 2013 was designated as the International Year of Water Cooperation as well as the International Year of Quinoa. The animated film Frozen was the highest-grossing film of the year. Kenyan actress Lupita Nyong’o won the Academy Award, Critics’ Choice Award, and Screen Actors Guild Award for Best Supporting Actress for her outstanding performance in 12 Years a Slave. Fun’s song We Are Young took home the Grammy Award for Song of the Year at the 55th Annual Grammy Awards.

Pope Benedict XVI resigned as Pope of the Catholic Church on February 28, three weeks after announcing his resignation. After Pope Gregory XII in 1445, he became the first pontiff to renounce power in 600 years. Pope Benedict announced his retirement as the leader of the world’s 1.2 billion Catholics, citing his advanced age as the reason. Cardinal Jorge Mario Bergoglio, the new pontiff, took the name Pope Francis two weeks later. After the death of Pope John Paul II on April 19, 2005, he was elected as the 265th Pope.

On April 15, two improvised bombs exploded during the 117th Boston Marathon, killing three individuals and critically injuring over 260 others. One of the bombing suspects, Dzhohkar Tsarnaev, 19, was caught after a four-day manhunt. Tamerlan Tsarnaev, his brother and a fellow suspect, died in a confrontation with law enforcement authorities. The world was in mourning on December 5th after the death of Nelson Mandela, the first South African president. Mandela was an outspoken advocate for equal rights, particularly in the face of South Africa’s apartheid state. Between 1994 through 1999, he was President of the United States.

The Nobel Peace Prize was awarded to the Organization for the Prohibition of Chemical Weapons for their work to eliminate chemical weapons. Diana Nyad, 64, is the first person to swim from Cuba to Florida without using a shark tank for protection.

Continue reading to discover more about the events of 2013.