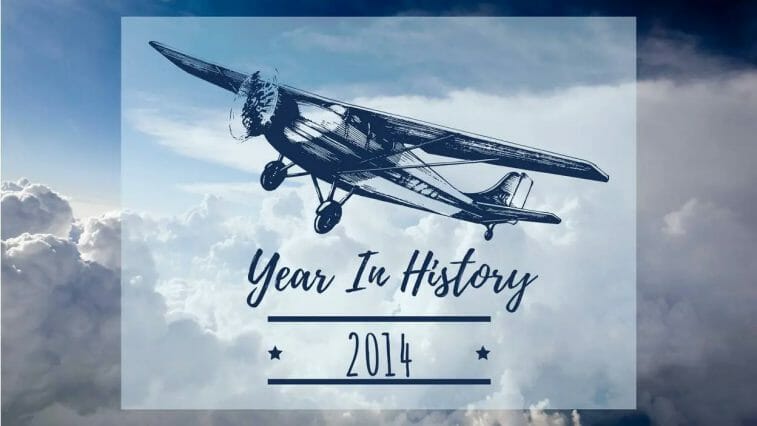 The 14th year of the third Millennium was designated as an international year of family planning, solidarity with Palestinians, small island developing states, and crystallography. Michael Bay directed the top grossing picture in 2014, Age of Extinction, the fourth instalment in the Transformers franchise. The 56th Grammy Awards were hosted by LL Cool J, with Daft Punk taking home five gold gramophones.

The boss of the Sinaloa Cartel, Joaquin Guzman Loera, was caught eight days after Valentine’s Day by a combined task force made up of law officials from the United States and Mexico. After escaping arrest for more than a decade, El Chapo was apprehended in a Mazatlán apartment complex. El Chapo escaped a Mexican jail in 2001, where he had been serving a 20-year term for drug trafficking, conspiracy, and bribery. Songs praised his ability to avoid arrest for over a decade prior to his arrest. His criminal operations, carried out by his mercenaries, have resulted in the deaths and devastation of millions of people all over the world, owing to drug addiction, corruption, and violence.

Atop April 18, 2014, an avalanche buried 16 Nepalese mountain guides on the world’s highest mountain, Mt. Everest. The majority of the guides were ethnic Sherpas who were transporting items for commercial adventure groups up the Khumbu Icefall. The avalanche killed no foreigners, but it re-ignited debates about the risks Sherpas take for their wealthy customers.

Maya Angelou, a poet and author, died on May 28th, while actor Robin Williams died in the same year. Maya Angelou died on August 11 at her home in Winston-Salem, North Carolina, at the age of 86, while Robin Williams died on August 11 in his Tiburon, California, home. The Nobel Peace Prize was awarded to Kailash Satyarthi and Malala Yousafzai for their work to end the oppression of children and young people, as well as their efforts to ensure that all children have equal access to education.

Continue reading to discover more about the events of 2014.

A BSc in Computer Science graduate with a strong interest in encyclopedia facts. I'm a passionate content writer with 10+ years of experience and enjoy creating useful content that can help others.