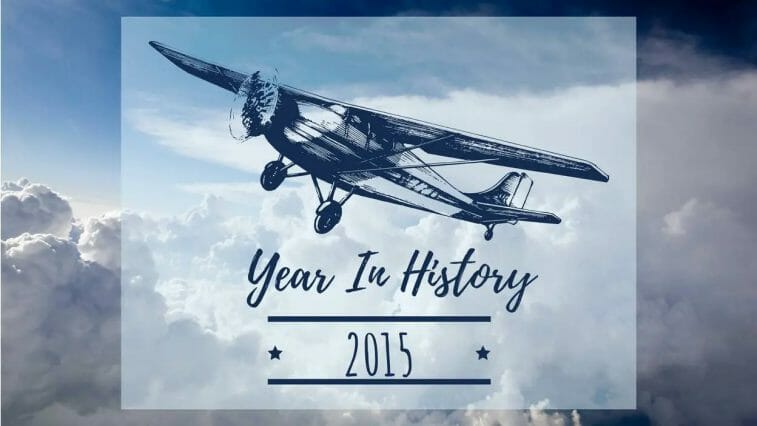 This was the sixth year of the decade of the 2010s, and it was designated as the International Year of Light and Soils. With nearly $2 billion in worldwide ticket sales, Star Wars: The Force Awakens was the highest-grossing picture of the year. For the fourth year in a row, LL Cool J, the emcee of the 57th Annual Grammy Awards, witnessed Sam Smith walk away with four golden gramophones. After Alison Krauss, Beyoncé became the most decorated woman at the Grammy Trophies, winning three awards.

Between January 3 and January 7, the outlawed terrorist group Boko Haram slaughtered approximately 2,000 people in Baga, Nigeria, following a series of killings. James Bristle, a Michigan farmer, discovered a fragmentary skeleton of a prehistoric woolly mammoth on October 7, 2015. Bristle and his neighbour were excavating a trench to lay drainage pipe when they came across the discovery, eight feet below his wheat plantation. They didn’t notify the University Of Michigan Museum Of Paleontology until they spotted the extraordinary three-foot-long bone. The researchers discovered a large head and tusks, ribs, pelvis, shoulder blades, and the skeleton’s vertebrae after excavating the area.

Henry Johnson, a WWI combat hero, was eventually awarded the Medal of Honor on June 2, 2015, at a White House ceremony. As WWI went on, the United States lent the French an all-African-American 369th Infantry Regiment, the so-called Harlem Hell warriors, in January 1918. One of them was Henry Johnson, who earned the moniker “Black Death” on May 4, 1918, for his valiant efforts in the Argonne Forest. Jonson, who was 32 years old at the time of his death, died in 1929.

On March 19, Kim Thy’s novel Ru was named the winner of the 2015 Canada Reads competition. Jeff Lindsay wrote off Dexter in his final book in the Dexter Series on July 7, two years after the final episode of Dexter aired. The Tunisian Dialogue Quartet was awarded the Nobel Peace Prize for its pivotal role in the development of a pluralistic democracy in Tunisia following the 2011 Jasmine Revolution.

Continue reading to discover more about the events of 2015.

A BSc in Computer Science graduate with a strong interest in encyclopedia facts. I'm a passionate content writer with 10+ years of experience and enjoy creating useful content that can help others.