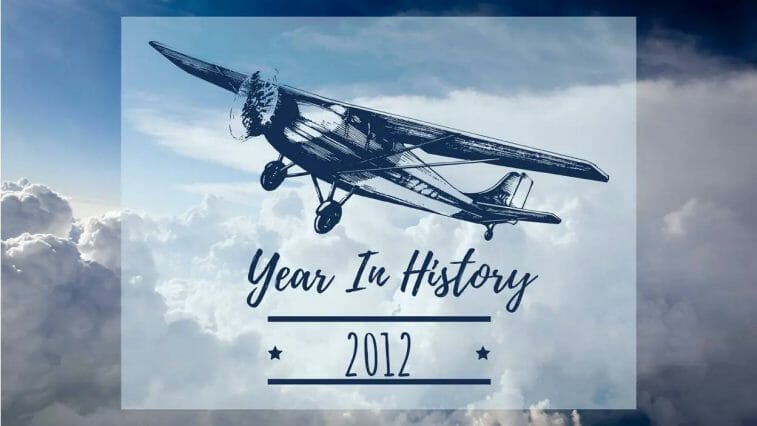 The year began on a stern note for Iran, with the European Union imposing an oil embargo in an attempt to get Iran to abandon its nuclear weapons programme and stop enriching uranium. Iran took vengeance over a month later, warning six European countries, including Italy, the Netherlands, France, Spain, Portugal, and Greece, through their ambassadors, that they would be cut off from Iranian oil. In other strange news, at least 73 people were killed at a soccer match in Port Said, Egypt, after followers of two opposing clubs got into a brawl. In Russia, on the other hand, Vladimir Putin was re-elected president with a landslide majority of 64 percent, giving him a third term in power.

In more sombre news, a US soldier went on a killing spree in Afghanistan, killing 17 civilians, including nine children, in a door-to-door attack. Sgt. Robert Bales was found guilty and charged with 17 counts of intentional homicide two weeks later. Syria had a wonderful day on March 21 when Bashar al-Assad, the Syrian President at the time, agreed to a cease-fire after months of civil war. On August 2, over five months later, Kofi Annan resigned as the UN’s special envoy to Syria. He cited the Syrian government’s refusal to adopt a United Nations-backed peace plan. As a result, the rebels increased their aggression, causing discord among the Security Council.

On May 1st, the first anniversary of Osama bin Laden’s death, US President Barack Obama paid an unexpected visit to Afghanistan, where he signed an agreement with Afghan President Hamid Karzai, stating that Afghanistan would receive development assistance from the US for the next ten years following the troop withdrawal. Five days later, Francois Hollande became France’s first socialist president since Francois Mitterrand stepped down in 1995.

Whitney Houston, one of the world’s finest singers, was discovered dead in a hotel bathtub at the age of 48, taking a heavy toll on pop culture. Other celebrities that died in 2012 include Phyllis Diller, Andy Williams, Andy Griffith, and Dick Clark, to name a few.

Continue reading to discover more about the events of 2012.