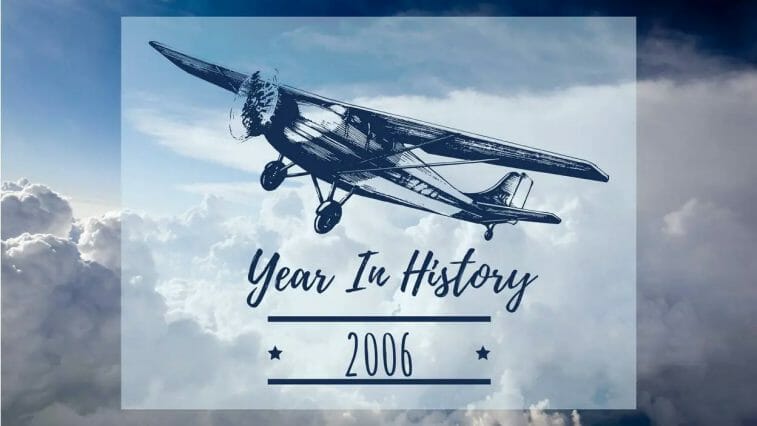 NASA’s Stardust mission launched in 2006. Stardust was a space probe that collected cosmic dust samples from the comet Wild 2 during its mission. The probe was able to collect samples and return them to Earth successfully. This was the world’s first mission of its type.

However, not all technology advancements were favourable this year. As North Korea conducted its first nuclear test, nuclear weapons continued to proliferate around the world. As a result, North Korea became a nuclear state, raising tensions in an already tense region. In Iraq, too, 2006 signalled the end of an era. Sadaam Hussein, Iraq’s longstanding dictator, was deposed after the US and other partner forces attacked the country in 2003. Hussein was sentenced to death in 2006, and his death sentence was carried out. While the fighting and political violence in Iraq is far from over, this does mark the end of a chapter in the country’s history.

In 2006, there were two other well-known violent occurrences that echoed throughout popular culture. The first was the untimely death in September of Australian wildlife expert and television show host Steve Irwin. In a bizarre accident in the shallow waters off the Australian coast, Irwin was killed by a stingray. The second incident included a shotgun and Dick Cheney, the US Vice President. During a quail hunt in Texas, Cheney inadvertently shot his hunting partner, Harry Whittington.

The Da Vinci Code, starring Tom Hanks, Pirates of the Caribbean: Dead Man’s Chest, starring Johnny Depp, and Casino Royale, starring Daniel Craig, were the highest-grossing films in 2006. The big films at the 78th Academy Awards in 2006 were Crash, Brokeback Mountain, Capote, and Walk the Line.

Continue reading to discover more about the events of 2006.