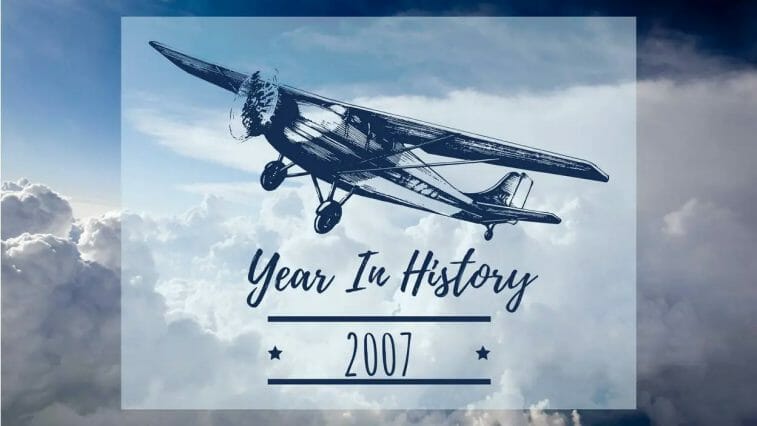 The literary world witnessed a dramatic turning point and the end of an era in 2007. Harry Potter’s epic fantasy series came to an end after a decade. The final volume of the great tale was published by J.K. Rowling as Harry Potter and the Deathly Hallows. In 2007, a significant technological advancement was made as well. Steve Jobs, the CEO of Apple Inc., launched the first iPhone in this year. This was one of the earliest “Smartphones,” and it was praised for its unique use of a huge touchscreen as the device’s primary mode of interaction.

The series conclusion of HBO’s The Sopranos is unsurpassed in terms of television advancements. The series spanned six epic seasons and was a wildly successful and critically praised hit. The series’ ending, as successful as it was, sparked a lot of debate because it ended with an abrupt black screen after the screen had switched to the main character, leaving his fate in doubt. Many series fans were left with unanswered questions, which would take a long time to be answered.

Pirates of the Caribbean: At World’s End, Harry Potter and the Order of the Phoenix, Shrek the Third, and 300 were among the best-selling films of 2007. The Departed, a 2006 crime drama starring Leonardo DiCaprio, Jack Nicholson, and Matt Damon, received the Best Picture Award at the 79th Academy Awards.

The mortgage crisis, in which the real estate “bubble” ultimately burst and precipitated a severe financial catastrophe around the world, will also be remembered as a devastating economic tragedy in 2007. Christian Bale, Steve Carell, Ryan Gosling, and Brad Pitt star in the 2015 film The Big Short, which depicts the events. The origin of the crisis has been hotly discussed, with economists like as John Maynard Keynes vs Ludwig von Mises and F.A. Hayek representing the two primary schools of thought.

Continue reading to discover more about the events of 2007.