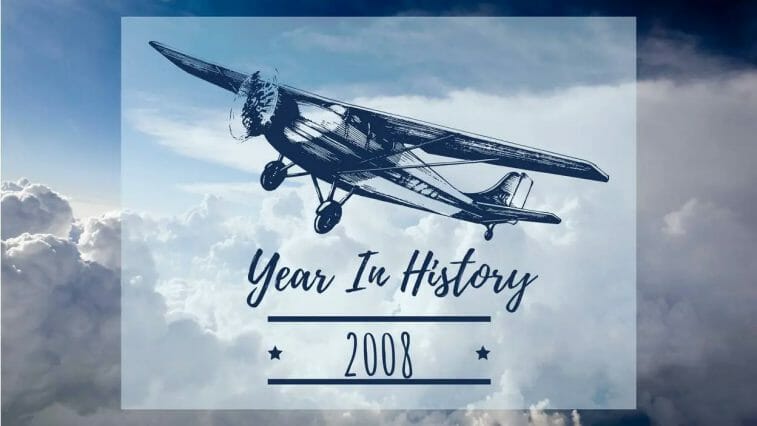 The worldwide financial crisis of the time, also referred to as the Great Recession, dominated the events of 2008. Nonetheless, there were a few other noteworthy breakthroughs. For example, an exploding star halfway across the observable cosmos became apparent to the human eye in this year. It was the furthest object known at the time that could be seen with the naked eye. Also in the sphere of space, SpaceX’s Falcon 1 spacecraft was successfully launched into Earth’s orbit in this year. It was the first spacecraft developed by a commercial company to accomplish so. As government-sponsored space exploration dwindled, SpaceX provided the world with a peek of a possible new future of space exploration.

The Summer Olympic Games in Beijing, China, took place in 2008. Michael Phelps, an American swimmer, set a new record for the most gold medals won in a single Olympics by earning eight gold medals during these games. This shattered the previous record of seven set by fellow American swimmer Mark Spitz. Phelps would go on to become the all-time most decorated Olympian.

In politics, the leadership transitions of two countries are particularly notable. Fidel Castro resigned as Cuba’s leader in February 2008, and his brother, Raul Castro, took his place. As one notable leader stepped down, another notable leader ascended to the throne. Barack Obama was elected 44th President of the United States in November 2008, making him the first African American to hold the position.

Of course, this was a year marked by economic uncertainty. The subprime mortgage crisis, which began in 2007, prompted governments and central banks to adopt unprecedented steps in an attempt to avoid a significant economic downturn in 2008. Governments bailed out failing financial organisations that were deemed “too large to fail” in addition to economic stimulus measures done by central banks through a programme of quantitative easing. The Emergency Economic Stabilization Act of 2008, signed by US President George W. Bush, was one of the most notable programmes. The Treasury Secretary is allowed to provide up to $700 billion in aid to distressed banks in order to stabilise financial markets. While many academics and policy experts believed these policies were necessary, certain economists, particularly members of the Austrian School, slammed the bailouts and QE.

Continue reading to discover more about the events of 2008.