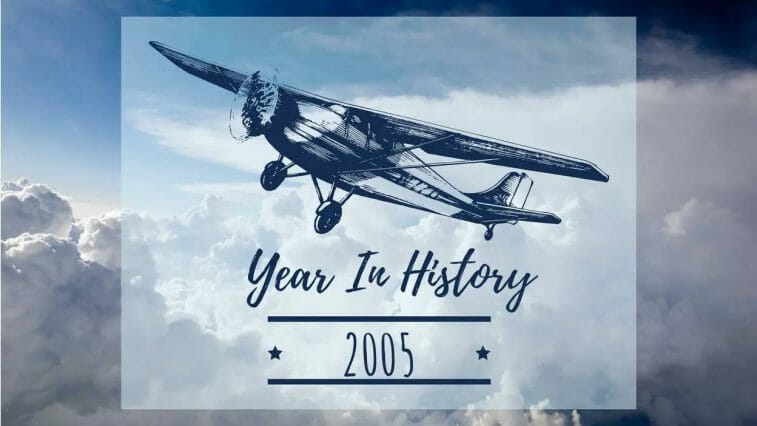 2005, just a few years after the millennium’s turn, was a year that showed the globe that the next century would be anything but boring. This year saw a number of important developments, particularly in politics and culture. Nonetheless, some significant scientific advances were made, particularly in the field of space exploration. Eris, a dwarf planet, was found during this year. The Huygens probe landed on Titan, Saturn’s biggest moon, in the same year. Deep Impact, a space probe, was also launched this year. This spacecraft was designed to investigate the Tempel 1 comet’s composition. Surprisingly, the spacecraft successfully landed an impactor probe on the comet, resulting in a 100-meter-wide, 30-meter-deep crater. Incredibly, all three of these incidents occurred in the same month, January 2005.

Iraq held its first parliamentary election since 1958 in terms of politics. Sadaam Hussein’s regime had been deposed by an invasion and occupation spearheaded by the United States, but the country’s future remained uncertain. The elections were hailed as a big victory for war supporters. North Korea also announced that it had nuclear weapons in this year, escalating tensions between the communist dictatorship and South Korea and the United States.

The horrific 7/7 London bombings occurred in July of 2005. Four Islamic extremists detonated bombs in central London on this day, targeting passengers on the London Underground and a bus. Over 50 individuals were killed, with hundreds more injured.

Pope John Paul II died on April 2nd, and was succeeded by Joseph Ratzinger, a German Cardinal who became Pope Benedict XVI on April 19th, in a momentous cultural event. John Paul II had a tremendous ministry that affected generations of Christians around the world, and the Catholic Church is considering canonising him as a saint. Many people began chanting “Magnus” or “Great” after he died, demanding that he be canonised right afterwards. He is now known as Pope Saint John Paul II, the Great, despite the fact that he will not be canonised until 2014.

Continue reading to discover more about the events of 2005.