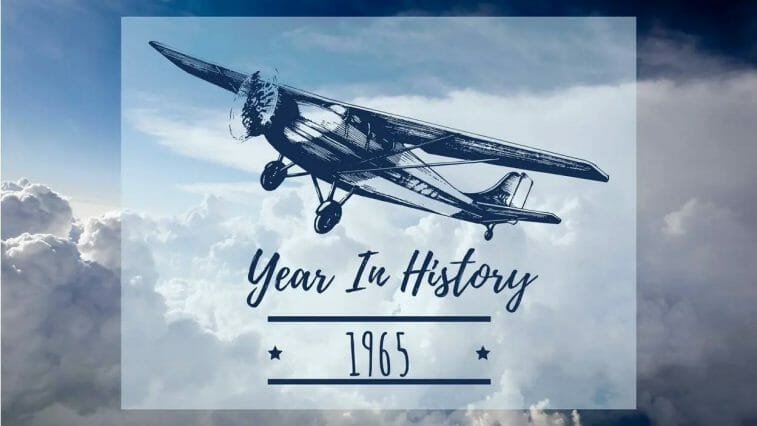 1965 was a watershed year for the world, especially in the United States. President Lyndon B. Johnson unveiled his “Great Society” programme plan in January. The Great Life initiatives were a series of Democrat, or neoliberal, policies that attempted to greatly extend the American welfare state and the federal government’s engagement in practically every element of American society, including education, the arts, medicine, the environment, and more. Following Republican administrations, these projects would be continued. The signing of the 1965 Civil Rights Act was a significant event in this regard in the year 1965. While enormous changes were taking place on the domestic front, there was no quiet on the foreign policy front. President Lyndon B. Johnson dispatched 3,500 US Marines to Vietnam in March 1965. During America’s engagement in Vietnam, these were the first official combat troops deployed.

The Sound of Music, featuring Julie Andrews, had its world debut in New York City. At Shea Stadium in New York City, the Beatles gave the first stadium concert in music history. A Charlie Brown Christmas, the inaugural Peanuts special, premiered in December and has since become a Christmastime tradition for millions of people. The successful launch of Gemini 3, the first two-man crew into Earth’s orbit for the United States, was a major milestone in the American space programme this year.

The Second Vatican Council of the Roman Catholic Church ended in December 1965, marking a watershed moment in world history. The council would reshape the Roman Catholic Church’s relationship with modernity, and it continues to have a profound impact around the world. The Church would become more open and relaxed toward the modern world as a result of this Council, allowing for increased use of vernacular languages and numerous changes to the liturgy, music, art, and architecture of the Church.

Continue reading to discover more about the events of 1965.