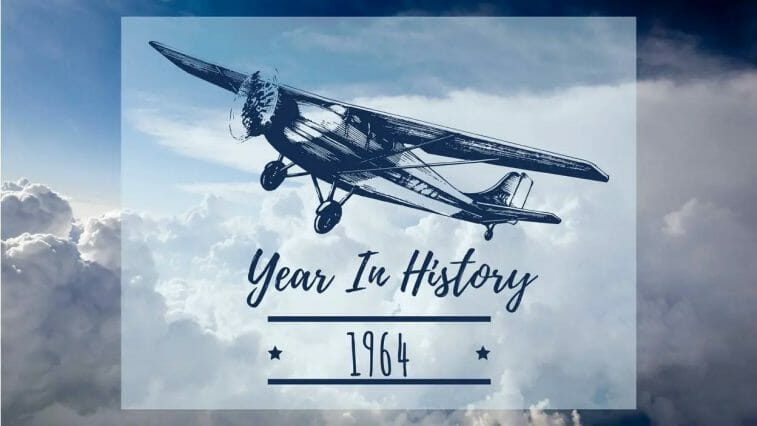 The year 1964 began with a series of riots over the sovereignty of the Panama Canal zone, which culminated in the involvement of the US Army and played a key role in the US decision to hand over management of the Canal to Panama in the 1970s.

The military coup against President Joo Goulart of Brazil, which established a 21-year military dictatorship, was another significant event in South America that year. The United States is going through a difficult period due to the Vietnam War. On May 2, the first student protests against the war happen in both New York City and San Francisco at the same time. Young men protest the war by burning their draught cards in the same month, the first such demonstration.

President Lyndon B. Johnson signs the Civil Rights Act of 1964, thus ending racial segregation in the United States, though racial tensions persist. The 1964 Winter Olympics were held in Austria, and on February 25th, Cassius Clay, who would later become Muhammad Ali, won the title of Heavyweight Champion of the World. The British Invasion of America begins in the arts when the Beatles, who had just released their first U.S. single a few weeks before, appear on the Ed Sullivan Show in front of an estimated 73 million viewers. Two more well-known British bands, the Rolling Stones and the Kinks, released their first albums in April and October, respectively.

For his major role in Lilies in the Field, actor Sydney Poitier became the first African-American to receive an Academy Award for Best Actor. In the same year, the film adaptation of My Fair Lady wins eight Academy Awards. Courteney Cox of Friends fame, Italian actress Monica Bellucci, First Lady of the United States Michelle Obama, and Prince Edward, Earl of Essex were all born in 1964.

Continue reading to discover more about the events of 1964.