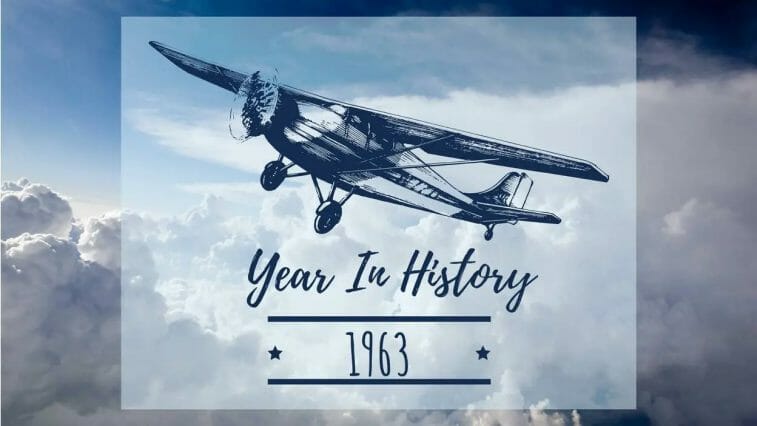 1963 was a watershed moment in history, with numerous world-changing firsts and the emergence of the then-controversial Beatlemania. In 1963, the world’s population was estimated to be at 3.2 billion people. Lisa, Michael, and Lisa were the most popular baby names among the 4,098,020 kids born that year. Michael Jordan, Johnny Depp, King Mohammed VI of Morocco, and Whitney Houston were all born in that year. Unfortunately, poet Robert Frost, NAACP founder W.E.B. Du Bois, author Aldous Huxley, and Pope John XXIII all passed away. In addition to those names, John Fitzgerald Kennedy was assassinated in the United States.

The Bell Jar and Maurice Sendak’s Where the Wild Things Are were the two most popular books of the year. The Birds, The Great Escape, and Cleopatra were among the year’s most popular films, with audiences flocking to the theatres to see them. Omaha’s Wild Kingdom and Doctor Who made their broadcast debuts on BBC. Prisons, women’s salaries, and video technology all underwent significant changes in 1963.

In 1963, the first Boeing took to the skies, Winston Churchill became the first honorary US citizen, the world’s first home video recorder was released in the United Kingdom, and James Hardy performed the first successful lung transplant. On March 12th, the historic Alcatraz prison closed its doors after nearly 30 years of operation.

Another thing came to an end when the United States cut ties with Cuba financially. While that particular connection ended in bitterness, JFK signed a nuclear test ban treaty, ensuring peace in other areas. Prior to his demise, JFK signed into law equal pay for men and women, securing the rights of many working women. Martin Luther King delivered his “I Have a Dream” address on the Civil Rights front.

Continue reading to discover more about the events of 1963.