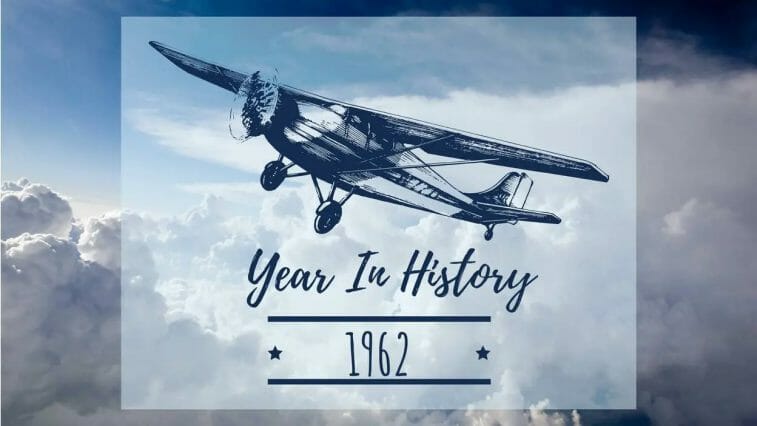 After an audition, Decca Records turned down one of the greatest bands of all time, The Beatles. Return to Sender by Elvis Presley was the most popular song in 1962, topping the charts in the United States, Germany, Canada, Norway, and many other countries. The year’s highest-grossing picture was Lawrence of Arabia, starring Peter O’Toole and Omar Sharif. The Queen’s Gold Medal for Poetry was awarded to Christopher Fry.

Adolf Eichmann, a Nazi SS officer who committed crimes against humanity, particularly Jews, during WWII, died in Israel. Eichmann became the Holocaust’s coordinator, overseeing the identification, grouping, and transfer of millions of Jews to the infamous Nazi execution camps. The Nazi SS officers gassed and worked the Jews to death in the extermination camps. Following a televised trial, he was sentenced to death and all of his appeals were dismissed. Eichmann was hanged at a Ramla prison a few minutes after midnight on June 1, 1962.

The first ecumenical council in over 90 years was called by Pope John XXIII. The ecumenical council, which was held on October 11, 1962, was a general conference of bishops in the church. The council’s goal was to bring Catholicism back to life spiritually. The pope also sought to foster a better sense of togetherness among Catholics and other Christian denominations.

James Bond is one of the world’s longest-running film franchises. Dr. No was the first James Bond film, released on October 5, 1962. Sean Connery was the first actor to play James Bond, a super-spy codenamed 007. He was created by Ian Fleming. James Bond is a popular fictional character who has been immortalised in bestselling novels and blockbuster films.

The talks for a framework for Kenya’s self-governance began in 1962 at the second Lancaster House Commence. Jim Carrey, one of Canada’s best comedians of the twentieth century, was born in January, while Wesley Snipes, star of The Blade, was born in July.

Continue reading to discover more about the events of 1962.