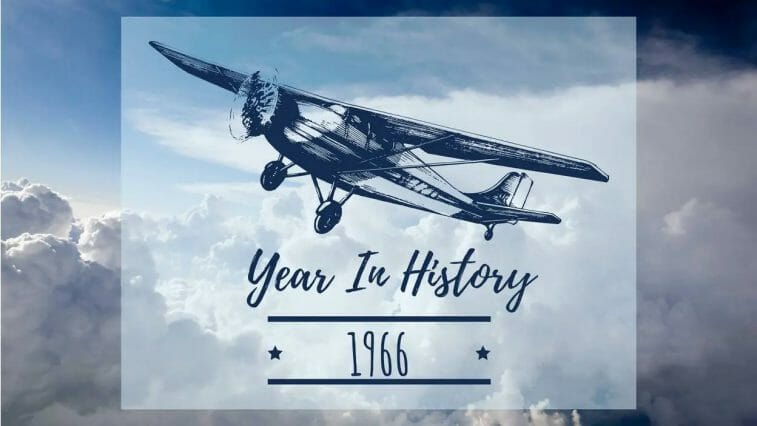 In terms of scientific and cultural developments, 1966 was a watershed year. Many “firsts” were made this year as the Soviet Union and the United States competed for dominance in space. The Luna 9 was the first unmanned, controlled, rocket-assisted Moon landing in history. The United States reacted by achieving the first space docking with NASA’s Gemini 8. Luna 10, the first space probe to enter orbit around the Moon, was launched by the Soviets.

This year, the first episode of Star Trek broadcast on NBC for the first time in television history. “The Man Trap” was the title of the first episode. The Frost Report launched the careers of three well-known entertainers in the United Kingdom. This show launched the careers of John Cleese, Ronnie Barker, and Ronnie Corbett. The animated Christmas classic How the Grinch Stole Christmas, narrated by Boris Karloff, premiered on CBS in 1966.

Other cultural icons were emerging alongside the enormous professions and franchises that were being developed. This was the year that Disneyland’s It’s a Small World opened, Caesar’s Palace in Las Vegas debuted, and the World Trade Center in New York City began construction.

Hunter S. Thompson’s Hell’s Angels: The Strange and Terrible Saga of the Outlaw Motorcycle Gangs was released this year, marking a significant literary advance. The popularity of this work catapulted the career of one of the twentieth century’s most important writers. Thompson is most recognised for creating a whole new genre of literature called Gonzo Journalism.

Some icons were on their way up, while others were on their way down. The Beatles’ US tour came to an end at Candlestick Park in San Francisco, California. This would be their final live show as a travelling band. The year 1966 also marked the death of Walt Disney. He was still assisting with Disney productions at the time, and The Jungle Book was in the works. As a result, The Jungle Book is the final animated film in which Walt Disney was involved.

Continue reading to discover more about the events of 1966.