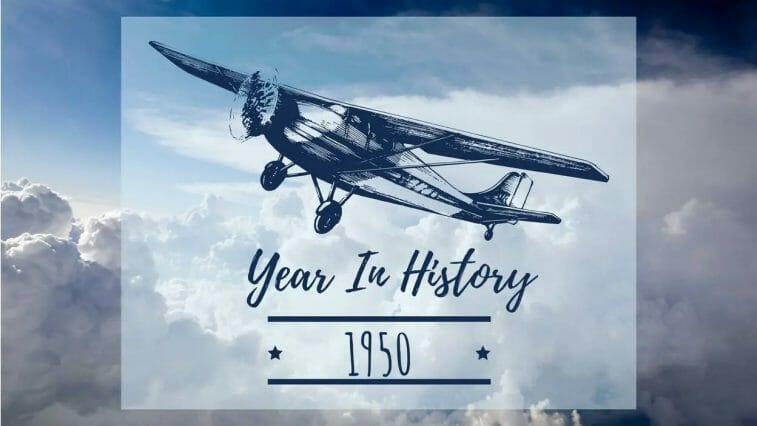 Winston Churchill, the British Prime Minister in 1950, stated that America perched above the world. George Lewis was a key figure in the resurgence of interest in older jazz styles. Internationally acclaimed rock & roll also made its debut this year.

A team of eleven criminals stole more than $2 million on January 17th. The heist took occurred at the Boston Brinks Armored Car depot. Fats, Anthony Pino’s nickname, was the mastermind behind the robbery, and he enlisted the help of eleven other individuals. Pino’s men invaded the auto depot and stole the designs for the motor vehicle depot’s alarm system, which was a one-of-a-kind scheme.
The 11-person group stuffed 14 bags with cash, coins, money orders, and checks. Their arrest happened six years before the statue of limitations for the theft had ended, making the crime almost flawless.

After the Second World War, the pleasure of world peace was forcibly disrupted by the Korean War. On June 25, North Korea, which is backed by the communists, attacked South Korea. The United States of America came to South Korea’s rescue under the auspices of the United Nations. The fight lasted three years and was both brutal and exhausting. The Soviets had aided the North in establishing a communist dictatorship, while the US had provided military and financial backing to the South.

On April 6, a train in Brazil crashed off a bridge in a fairly tragic series of circumstances. The Tangua accident claimed the lives of 110 individuals. The bridge’s base had been weakened by torrential rains, and there was no warning system in place to stop the train. With the hope of a better future looming towards the end of World War II, most individuals were ready to have a family.
This resulted in a baby boom, which resulted in suburbanization.

Continue reading to discover more about the events of 1950.