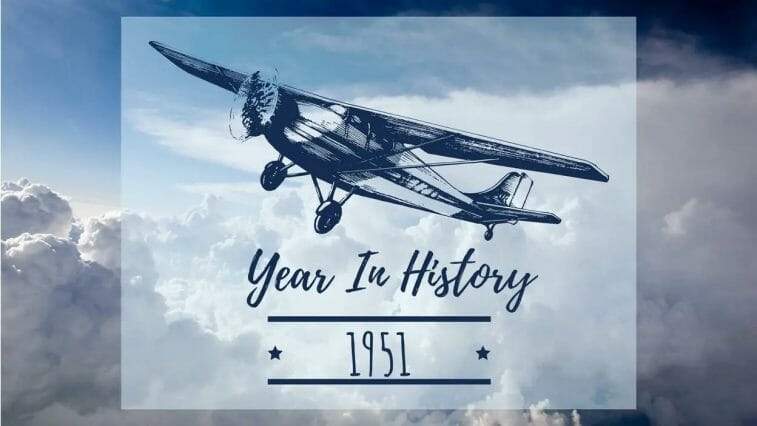 Many events occurred in 1951 that will impact the future. Even now, in the twenty-first century, many people remember the events of 1951 with fondness. The war was done by this point, and it was time to rebuild.

J. Presper Eckert and John Mauchly, working for Remington Rand, revealed the ‘UNIVAC I’ digital computer on June 14, 1951. The two foresightful engineers added to Charles Babbage’s essential concepts, which are still used by computers today. The UNIVAC, or Universal Automatic Computer, was the most revolutionary computer of its time, capable of performing a thousand calculations per second and used 5,000 vacuum tubes.

On July 8, Paris commemorated its 2,000-year history. According to historians, the city was founded around 250 B.C. by a Gallic tribe known as the Parisii, who landed on an island in the Seine River, which passes through the centre of Paris. In its more than two millennia of existence, the French capital has grown swiftly. Paris has established itself as a global leader in fashion, art, science, and architecture.

Sugar Ray Robinson had established himself as the greatest pound-for-pound middleweight boxer of all time by 1951. On September 12, Sugar Ray defeated Randy Turpin to reclaim the middleweight title in front of nearly 60,000 people at the Polo Grounds in New York City. Sugar Ray retired from boxing in 1965 and 1967 with 110 knockouts and was inducted into the International Boxing Hall of Fame.

Continue reading to discover more about the events of 1951.