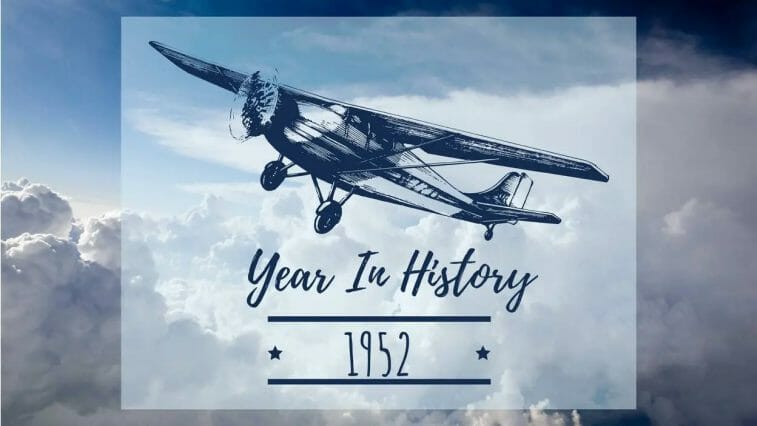 West Germany had nearly 7 million migrants within its borders by 1952. The Greatest Show on Earth, starring Betty Hutton and Cornel Wilde, was the highest-grossing picture of all time. André Gide’s writings were added to the Catholic Church’s list of banned publications by Pope Pius XII. Delicado by Percy Faith topped the charts in the United States and Europe.

On February 6, 1952, King George VI of the United Kingdom and its Dominions, including Australia, New Zealand, South Africa, Canada, Ceylon, and Pakistan, died at the age of 56. During a tour to Kenya, his daughter Princess Elizabeth, the Duchess of Edinburgh, became queen immediately after the King’s death. The funeral of King George VI took place in Windsor Castle’s St. Georges Chapel.
She is currently known as Queen Elizabeth II, and she is one of the world’s oldest rulers.

The rock and roll genre had taken root in people’s hearts by the 1950s. Thousands of people, mostly teenagers, lined up outside the Cleveland Arena on March 21, 1952, to see the first major rock-and-roll concert. Tickets for the Moondog Coronation Ball sold out in a single day, setting the standard for an ever-expanding rock scene.

On December 4, London was blanketed with dense smog. By the time it was lifted, at least 4000 people had died. When cold air poured in from the west, a high-pressure air mass stalled above the River Thames Valley, according to meteorological records. As a result, the air in London became stagnant, resulting in extremely cold temperatures. Residents used more coal to stay warm, which, when combined with soot, smoke, and sulphur oxide from industry, resulted in an extremely thick smog that decreased vision to a few yards. This resulted in a train collision, rail mishaps, and human and animal respiratory problems.

Continue reading to discover more about the events of 1952.