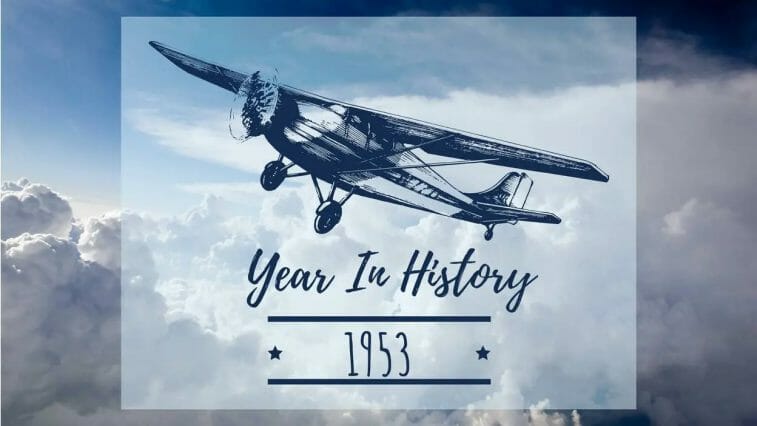 The conflict between communism and capitalism heated up in the 1950s. Many events centred on this battle in 1953, including the execution of spies, government changes, and the power struggle following Joseph Stalin’s death, as well as a revolt in Eastern Germany. The world’s population was only 2.66 billion people. Many of the 3.95 newborns born in the United States in 1953 had the names Robert or Mary as their middle names.

Two Japanese-produced films, Tokyo Story and Ugetsu, as well as the debut screening of the classic Gentlemen Prefer Blonds, were big hits on the big screen. Fahrenheit 451, Childhood’s End, The Crucible, and The Old Man and the Sea, which won the Pulitzer Prize, were all bestsellers in 1953. In addition, there were numerous firsts in armament, science, cinematic technology, and the establishment of a new country this year.

Three noteworthy events occurred in science. Jonas Salk gave millions of people hope when he announced the existence of a workable polio vaccine. Crick and Watson announced their discovery of DNA structure on February 21st. Finally, the army appointed its first female doctor to the medical field.

Technology and the media have also evolved significantly. In 1953, the first issues of TV Guide and Playboy were published, and the first 3-D film, House of Wax, was released in theatres around the world. Sir Edmund Hillary became the first person to reach the summit of Mount Everest, raising the world to new heights. Outside of the United States, Egypt declared independence on June 18th, while Fidel Castro rebelled against Cuba’s former government. Finally, Winston Churchill, a Nobel Laureate and Prime Minister of the United Kingdom during World War II, was knighted for his efforts.

Continue reading to discover more about the events of 1953.