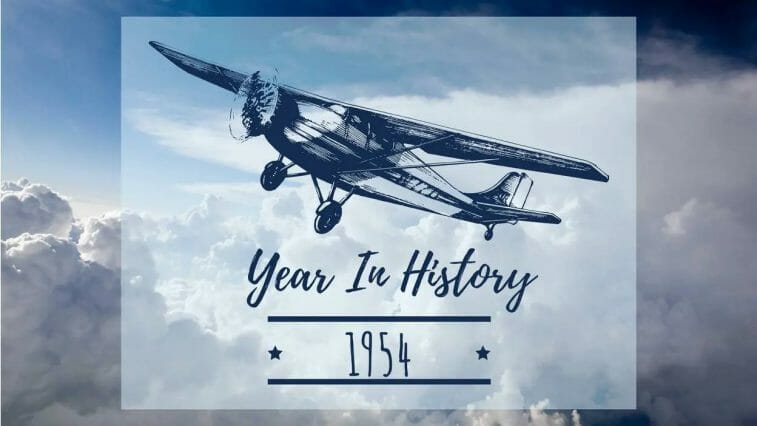 The first Indochina war, fought between France and southern Vietnamese forces led by Ho Chi Minh, ended in 1954. The fight of Dien-Bien-Phu began on March 13th, and the French lost it a few months later in May. The conflict came to an end at this point, but South Vietnam’s failure to comply with the requirements of the Geneva Accords of 1954 led to the Vietnam War crisis a few years later. As President Eisenhower’s Secretary of State, John Foster Dulles, attempted to thwart the Viet Minh’s communist aspirations through diplomacy in April, tensions between the US and the Communist world were already rising. The United States Supreme Court found racially segregated schools unconstitutional less than a month later.

Food rationing, which had been in place since World War II, was likewise abolished in the United Kingdom. In April, Bill Haley & His Comets released “Rock Around the Clock,” the record credited with kicking off the rock ‘n roll craze in the United States. Elvis Presley’s first song, “That’s All Right,” was released later that year, signalling the start of a very successful career. On September 17th, William Golding’s Lord of the Flies will be released in London. On November 3rd, the first Godzilla film will be released in Tokyo, a few months after Akira Kurosawa’s Seven Samurai was released in Japanese theatres.

In science and technology, the first colour television set was released by RCA, and doctors J. Hartwell Harrison and J. Murray performed the first successful kidney transplant on December 23rd in Boston. Jerry Seinfeld, John Travolta, Matt Groening, and Oprah Winfrey, among others, were born in 1954, as were German Chancellor Angela Merkel and French President François Hollande.

Continue reading to discover more about the events of 1954.