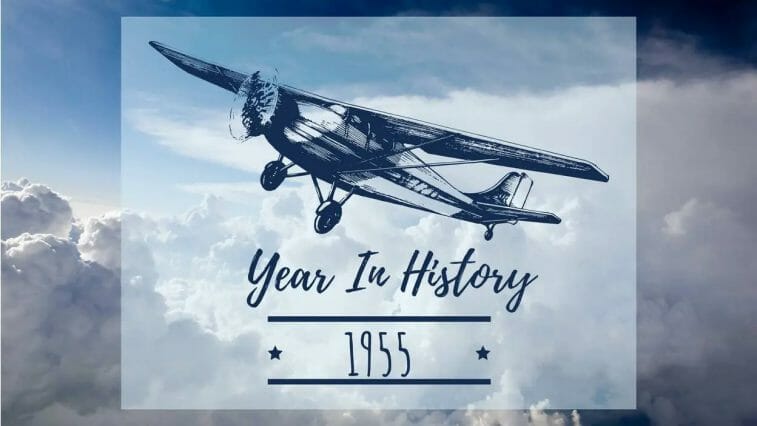 General Dwight D. Eisenhower, one of the great Allied commanders of World War II, had become President Eisenhower, the 34th President of the United States, a full decade after the war ended. In 1955, President Dwight D. Eisenhower made a pivotal choice that would have far-reaching implications for American foreign policy and millions of lives for decades: he dispatched the first American advisors to Vietnam.

The Cold War between the West and the East, led by the United States and the Soviet Union, saw significant advances in this year. The Warsaw Pact was signed in May in the East. This was a mutual defence treaty between the Soviet Union and its satellite countries, similar to the founding of NATO by the Western powers. The United States made considerable defence technology investments in the West. The USS Nautilus, the world’s first nuclear-powered submarine, made its maiden voyage to sea in January. The Pentagon formally declared a plan to create intercontinental ballistic missiles with nuclear warheads during the same month.

1955 was also a watershed moment in the American Civil Rights Movement. Rosa Parks famously refused to heed a bus driver’s request to get out of her seat to make place for a white passenger in December of this year. In her hometown of Montgomery, Alabama, this triggered a number of big protests. This year saw numerous important advances in popular culture, including the creation of an early prototype of Kermit the Frog by Jim Henson. Walt Disney inaugurated his world-famous theme park, Disneyland, in Anaheim, California, in July of 1955.

Finally, one of the world’s sharpest minds, Albert Einstein, died this year at the age of 76. However, the world got two more smart people this year with the births of Bill Gates and Steve Jobs.

Continue reading to discover more about the events of 1955.