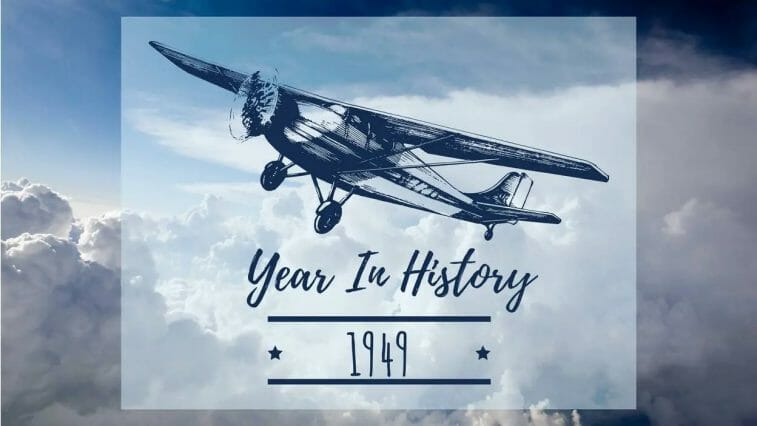 1949 was another year in Truman’s presidency, sandwiched between the 1940s and the 1950s. At the start of this year, world leaders presided over a population of just over 2.5 billion people. Parents who wanted to add to that number frequently chose the names James and Linda for their children. George Foreman, Billy Joel, Alan Menken, Richard Gear, Sigourney Weaver, and Pablo Escobar were among those born in 1949. Victor Fleming, the director of the Wizard of Oz, Francis Dodd, the great artist, Francis Dodd; Margaret Mitchell, the author of Gone with the Wind; and Maurice Maeterlinck, the philosopher, all died.

People in bookstores struggled to put down 1984, The Martian Chronicles, and Pulitzer Prize-winning Death of a Salesman from 1939. On the other hand, the box office saw the success of films like Kind Hearts and Coronets, The Third Men, and Samson and Delilah. The word “Orwellian” was coined during this period, which also saw a revolution in daytime television and the development of a popular Christmas song. Continue reading to learn how 1949 influenced the course of history.

This period is sometimes referred to as the fair deal because it was the title of the Truman administration and a period of progress for US welfare projects. The first network detective series, the first female US treasurer, the first women to graduate from Harvard, and the first Israeli election all happened within these 365 days. The instant cake mix, radio carbon dating, the crash test dummy, and the Zamboni are just a few of the important inventions of these twelve months. While the ratification of NATO brought peace to one half of the globe, it did not bring peace to the other.
The Red Army of China marched on to Nanjing. Mao Zedong declared his country a people’s republic after declaring victory. China was not the only country to alter its name; Siam was renamed Thailand in 1949. This year saw the inaugural transmission of Rudolph the Red-Nosed Reindeer, which will be appreciated by all Christmas fans.

Continue reading to discover more about the events of 1949.