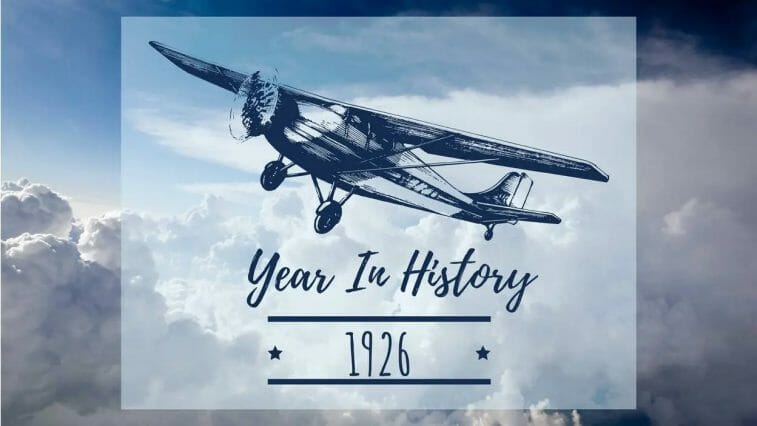 The Space Age, in some ways, began in 1926. In this year, Robert Goddard successfully launched the first liquid-fueled rocket into space. This technological advancement would eventually allow items, and then humans, to be launched into space. As a result of his work on rockets, Goddard is rightfully credited for ushering in the Space Age.

The dismissal of Leon Trotsky from the Soviet Politburo, the Communist Party’s highest policy-making body, marked a significant political shift in the Soviet Union. This allowed Joseph Stalin to consolidate his power in the Soviet Union, and the exile would have a significant impact on Western politics as well. This was especially true in the United States, where ex-Trotsky followers influenced the “neoconservatives,” a group that would reshape American conservatism in the twentieth century.

The American broadcasting network, NBC, became a radio network in a significant media breakthrough. It wouldn’t take long for the network to branch out into television programming, which it is best known for at the moment. Bing Crosby, the legendary American entertainer, made his first recording in this year, singing “I’ve Got the Girl.” However, while one star rose, another faded. Harry Houdini, the famed magician, died in the year 1926.

1926 was also a significant year in terms of film and literature. A.A. Milne’s Winnie the Pooh was published in the field of literature, creating an universe that would enchant youngsters for centuries, especially after Disney took over in the 1960s. Aloma of the South Seas was the highest-grossing picture of the year, and it spawned a remake with the same name in 1941. What Price Glory? would likewise do well, and would be followed by a remake in 1951. This was the year that American actor John Wayne made his cinematic debut in Brown of Harvard, in which he played an uncredited role as a Yale University football player.

Continue reading to discover more about the events of 1926.