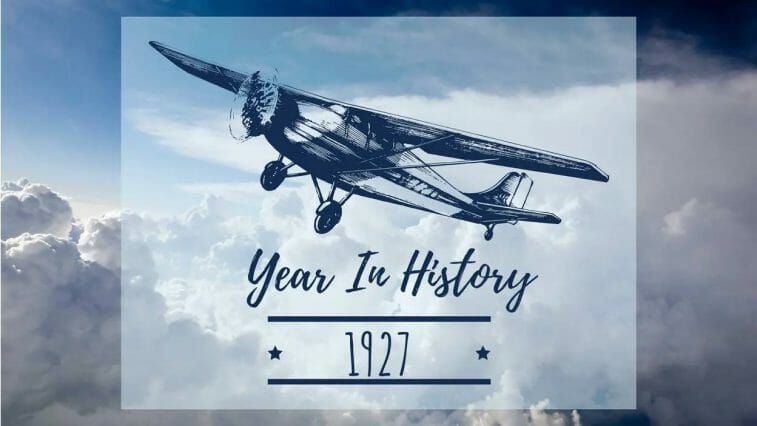 The first transatlantic telephone call, via radio, was made from New York City to London in 1927. This year also saw the debut of the first “talkie” film. The Jazz Singer was the first feature-length film with synchronised sound, and it was a huge hit, despite the fact that the silent film age would last a few more years.

Charles Lindbergh became the first person to fly a solo nonstop transatlantic flight in one of the most significant events of the early twentieth century. The Spirit of St. Louis, a plane that flew from New York City to Paris, took almost 33 hours to accomplish the journey.

There were also some significant advancements in the realm of literature. T.S. Eliot published his renowned poem “Journey of the Magi” in this year, which was also the year he became a British citizen. Another well-known author relocated to the United Kingdom this year. Eric Blair, afterwards known as George Orwell, resigned from the Imperial Police in Burma and relocated to London to pursue a career as a writer.

This year saw the establishment of the Academy of Motion Picture Arts and Sciences, as well as the premiere of Fritz Lang’s Metropolis in Germany. The year 1927 also saw the release of the popular picture It. The picture, starring Clara Bow, is credited with coining the term “It Girl.”

Continue reading to discover more about the events of 1927.