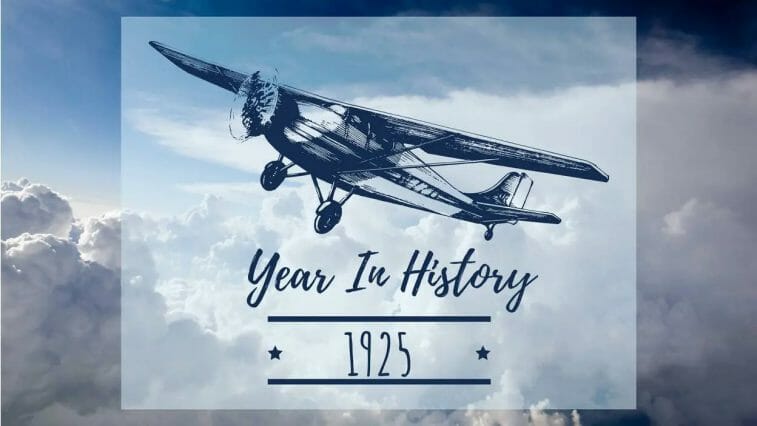 The arts flourished in 1925, a year smack dab in the centre of the renowned “Roaring Twenties.” The Great Gatsby, a masterwork of twentieth-century literature, was published in April of this year by F. Scott Fitzgerald. Paris hosted the International Exhibition of Modern Decorative and Industrial Arts. The art style on display at the show was dubbed “Art Deco” after the event’s name. The Art Deco style was established as a result. This year, Paris hosted the world’s first Surrealist art show.

This was an important year for science, especially in the United States. The Butler Act, approved by the Tennessee General Assembly in March 1925, outlawed the teaching of evolution in publicly funded Tennessee schools. John Scopes, a substitute high school science teacher, was arrested and charged for breaking the Butler Act in the summer of 1925. The trial itself was a sensation, with William Jennings Bryan, a previous presidential candidate, on the prosecution team and Clarence Darrow, a well-known defence attorney, arguing in Scopes’ favour. The trial attracted national media attention, and it was famously chronicled by H.L. Mencken, who called it the “Monkey Trial.” It was also the first time the trial was broadcast on the radio.

1925 was also a watershed moment in the world’s preparations for World War II. While the war itself would not begin for another decade, Benito Mussolini’s dictatorship in Italy began in this year. Mussolini had mostly worked with established Italian government institutions up to this point, but in 1925, he declared himself “Il Duce” and assumed dictatorial powers. He then slowly continued to cement control in his fascist regime after that.

Continue reading to discover more about the events of 1925.