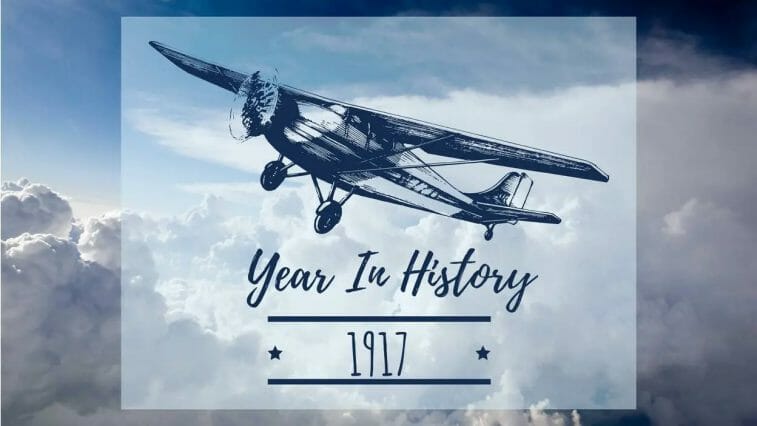 1917 saw numerous significant advances while the First World War raged. This was also the year that the United States entered World War I. The United States, which had remained officially neutral up to this time, objected to Germany’s restart of its Atlantic U-boat operation. On February 1st, Germany resumed unrestricted submarine warfare, and the infamous “Zimmerman Telegram” was shown to the US ambassador to the United Kingdom on February 24th. Days later, the contents of the telegraph were made public in the United States, adding gasoline to the cause of Americans who wanted to intervene on the Allies’ side. On April 6, 1917, the United States officially declared war on Germany after a series of events, including the arrival of the telegraph.

The Russian Empire and the Romanov dynasty came to an end with Czar Nicholas II’s abdication of the throne. 1917 was also the year of Russia’s October Revolution and the start of the Russian Civil War, which led to the Soviet Union’s communist dictatorship being established. Another intriguing point to consider is the Royal Family of the United Kingdom. The House of Saxe-Coburg and Gotha was renamed the House of Windsor in July 1917, after King George V declared that his family and descendants would adopt the surname Windsor instead of Saxe-Coburg and Gotha.

Despite the fact that the conflict dominated headlines this year, there were some important cultural breakthroughs. J.R.R. Tolkien began composing The Book of Lost Tales, the initial version of his famous Silmarillion, in this year, marking a significant literary milestone. Tolkien worked while on medical leave from the British Army after growing unwell as a result of trench warfare’s harsh conditions.

Continue reading to discover more about the events of 1917.