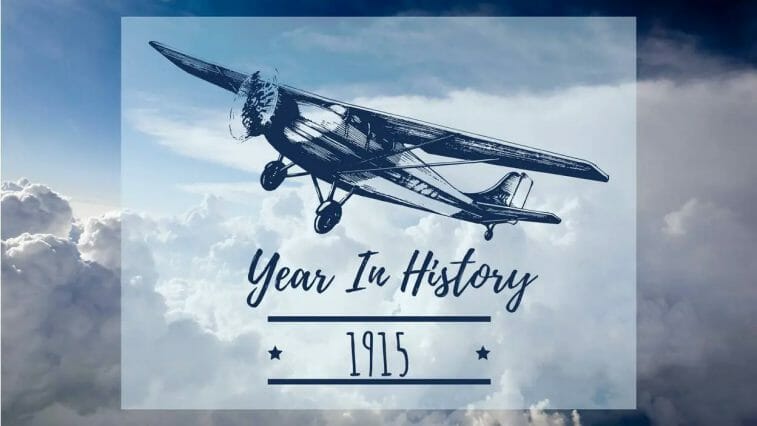 Another significant change during the First World War was the beginning of the end of American neutrality. The RMS Lusitania, a British passenger ship, was sunk by a German U-boat in May 1915 as she sailed from New York City to Liverpool, England. Despite the fact that the ship was carrying munitions bound for Britain and that passengers had been warned about the dangers of U-boats before departure, over 1,000 people died in the attack. Over 100 Americans were included in this number. This elicited a significant reaction in the United States, and the public and the Wilson government began to shift against neutrality and toward Germany. Despite this, the US did not join the war against the Central Powers until 1917.

There were additional noteworthy events in 1915, in addition to these big transformations in the global political landscape. Pluto, the dwarf planet, was photographed for the first time in the realm of science. It was still not classed as a planet at the time, and had not to be “demoted” to dwarf planet status a few years later.

Even in the midst of a conflict, life went on (at least in the United States, still a neutral power in 1915). George Herman Ruth, Jr. (commonly known as “Babe Ruth”), the great American baseball player, hit his first career home run for the Boston Red Sox in this year, kicking off a 22-year slugging career. Orson Welles, the actor and filmmaker, and Frank Sinatra, the singer, were both born in this year.

Continue reading to learn more about what happened in 1915.