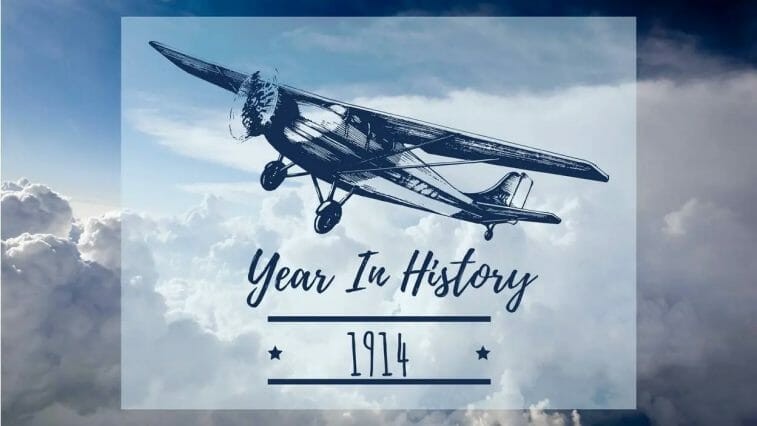 It’s difficult to discuss 1914 without mentioning the Panama Canal’s opening and, of course, the outbreak of World War I. The assassination of Archduke Franz Ferdinand of Austria by Gavrilo Princip, a 19-year-old Serbian nationalist, on June 28th sparked the conflict. Austria-Hungary responded by attacking Belgrade, Serbia’s capital, drawing Russia into the conflict and prompting Germany to declare war on Russia and its ally, France. In response to Germany’s invasion of neutral Belgium, the United Kingdom declared war on them. President Woodrow Wilson declared the US neutral and attempted, but failed, to broker a peace between the Allies (the United Kingdom, France, and Russia) and the Central European powers of Germany and Austria-Hungary. In the summer of 1918, the United States joined the Allies in the war, and played a major part in the Allies’ triumph in November of that year.

The arts had a better year than most, as legendary English actor Charlie Chaplin made his debut in the comedy short Making a Living on February 2nd. Soon after, he starred in Kid Auto Races in Venice as his most famous character, “The Tramp,” and in Tillie’s Punctured Romance, one of the year’s most popular pictures.

Continue reading to find out more about the events of 1914.