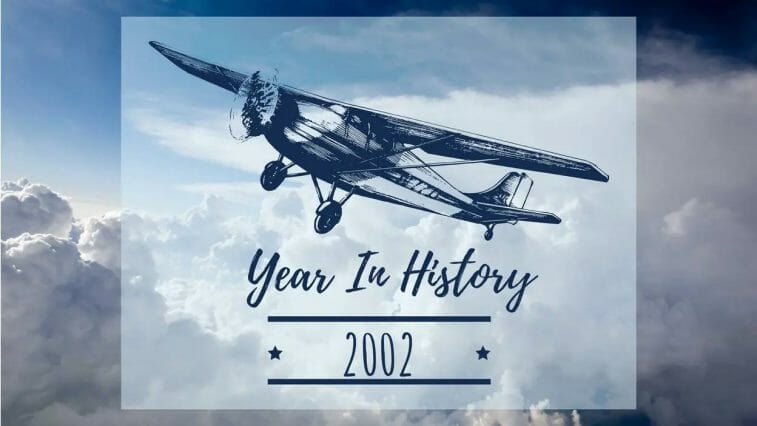 The Euro was proclaimed as the official currency of twelve European Union members in 2002, and ten other countries were voted into the EU. The trial of Slobodan Milosevic, the former president of Yugoslavia, began in The Hague on charges of crimes against humanity. Furthermore, the Sri Lankan government and the Tamil Tigers reached a cease-fire deal, ending a 19-year civil war.

India had a dreadful year, with over 1000 people killed in a bloodbath. It involves a Muslim mob setting fire to a train, killing Hindu activists, prompting Hindu vengeance. On March 2 of that year, Afghan and US troops launched the Anaconda Operation against the last Taliban and al-Qaeda fighters in Afghanistan. In reaction to a succession of suicide bombings in Palestine, Israeli aeroplanes and tanks struck the West Bank towns of Bethlehem, Jenin, Nablus, and a few more. The first three months of the following year were likewise difficult for Israel, with 14 suicide bombers killing dozens of Israeli citizens and injuring hundreds more. Fortunately, the International Criminal Court was ratified by the United Nations although the United States declined to sanction it.

Hugo Chavez, the president of Venezuela at the time, was deposed in a coup, but was miraculously reinstated two days later, on April 14. On May 13, almost a month later, Russia and the United States reached an agreement on the landmark weapons treaty, which will cut both nations’ nuclear arsenals by up to two-thirds over the following ten years.

Meanwhile, MTV’s reality show The Osbournes premiered, while the soundtrack album for O Brother, Where Art Thou received a record-breaking five Grammy awards. Unfortunately, if no major prevention measures were done, AIDS-related mortality were expected to skyrocket.

Continue reading to discover more about the events of 2002.