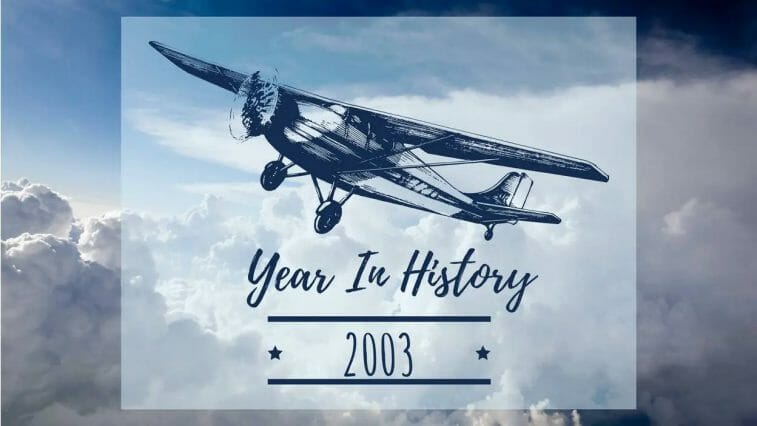 2003 was designated as both the International Year of Fresh Water and the European Year of Disability. The film Lord of the Rings: The Return of the King, starring Elijah Wood as Frodo and Sean Astin as Sam, was the highest-grossing film of the year. 50 Cent’s Get Rich or Die Trying was the best-selling album of 2003.

On March 12, the World Health Organization designated SARS a worldwide health hazard. SARS had killed around 775 people in 29 nations eight months later, posing a public health hazard to globalisation. SARS transmission from person to person had halted as of July 5, according to WHO.

On August 14, 21 power plants in the United States and Canada shut down in three minutes, affecting over fifty million people in New York, Detroit, and Cleveland, as well as Toronto and Ottawa, Canada. After two hours, the power facilities were able to begin transmission, but some sections of the Northeast were without electricity for more than a day. The interruption impacted businesses, hospitals, commuter trains, airports, and cellar telephone lines, among other sectors. Poor line maintenance by FirstEnergy, an Ohio-based electricity company, was the source of the problem.

Arnold Schwarzenegger, a former Mr. Universe and Mr. Olympia, was elected governor of California on October 7, 2003. Schwarzenegger was one of 135 candidates on the ballot, and after 11 weeks of campaigning, he succeeded Gray Davis as governor of the United States’ most populous state, with the world’s fifth largest economy. Schwarzenegger was born on July 30, 1947, in Thal, Austria, and became a US citizen in 1983. With nearly 1 million votes, he defeated his nearest competitor.

Saddam Hussein was captured 12 days before Christmas after the United States attacked Iraq in March 2003. Libya, led by Colonel Muammar Gaddafi, decided to dismantle its weapons of mass destruction programmes.

Continue reading to discover more about the events of 2003.