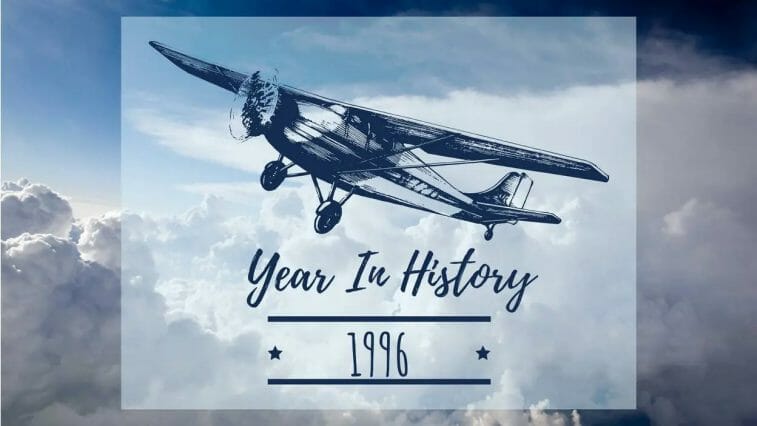 1996, as we approached the new millennium, was a year that, while remarkable in its own right, would go on to have enormous historical and cultural significance in the years ahead. For the first time, the chess computer “Deep Blue” defeated global chess champion Garry Kasparov in a huge scientific breakthrough. However, in a six-game series, Kasparov would defeat the computer. Nonetheless, IBM’s computer pushed the boundaries of technology and led the globe to consider the developing interaction between humans and technology.

The Nintendo 64, or N64, was released in 1996, which was another technological advancement, notably in the gaming industry. This gaming system was named for its 64-bit central processor unit and provided the world several iconic games, including Super Mario 64, Mario Kart 64, GoldenEye 007, and The Legend of Zelda: Ocarina of Time, among others.

There were a few events this year that would take some time to reveal their true significance. A Game of Thrones, the first novel in George R.R. Martin’s A Song of Ice and Fire series, was released in literature. While Martin’s novels were well-received, the universe he built would become enormously famous thanks to the HBO series Game of Thrones, which began in 2011. Comedy Central’s The Daily Show, presented by Craig Kilborn, made television history when it launched in 1996. After Jon Stewart took over hosting duties in 1999, the show grew in popularity and critical acclaim, eventually becoming an anchor for Comedy Central’s programming.

In 1996, Osama bin Laden declared war on the United States, which was a more significant political development. Bin Laden, as a founder of the terrorist group Al Qaeda, would go on to conduct multiple attacks against the United States and its allies, the most destructive of which was the September 11, 2001 attacks.

Continue reading to discover more about the events of 1996.