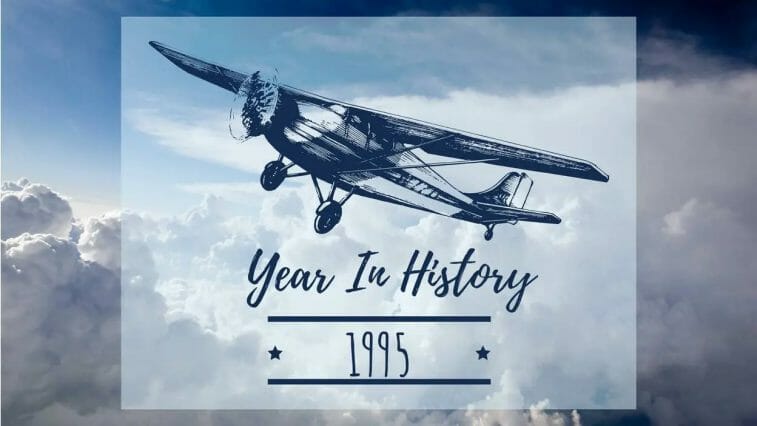 The 1990s were a period of great prosperity for much of the world, and in the middle of that decade, in 1995, the world witnessed developments that would transform people’s lives forever. The federal government of the United States stopped subsidising the Internet in 1995, and it was totally privatised. For the first time in history, after privatisation, businesses such as Prodigy and America Online (AOL) provided easy Internet access to the general population. 1995 is a watershed year for this development since no one could have predicted how profoundly it would alter the world at the time.

The OJ Simpson murder trial began in January 1995 with opening remarks. OJ Simpson, a former NFL star, was charged with the murders of Nicole Brown-Simpson, his ex-wife, and Ron Goldman, Nicole’s friend. The “trial of the century” was dubbed “a cultural phenomenon.” It received a lot of media attention, and there was a lot of conjecture about Mr. Simpson’s guilt or innocence, especially after the crimes he committed after the trial ended with a “not guilty” conviction.

On April 19, 1995, the Oklahoma City bombing at the Alfred P. Murrah Federal Building was one of the most tragic dramatic events of 1995. Timothy McVeigh and Terry Nichols, two anti-government militants, were responsible for the domestic bombing. Approximately 168 people perished and at least 680 were injured as a result of the incident. The bombing destroyed one-third of the building, which had to be dismantled. Approximately 324 structures within a 16-block radius sustained additional damage. At the site of the bombing, which was formerly the Federal Building, the Oklahoma City National Memorial currently stands in remembrance of the victims. This must be one of the most significant historical events from 1995.

The most notable murder case of 1995 was the death of Selena Quintanilla-Pérez, a Tejano music sensation who sang in both Spanish and English. Yolanda Saldvar, the president of Selena’s fan club, assassinated her after being challenged about the theft of $60,000 from the organisation. This tragic occurrence depressed renowned musicians around the nation. The then-governor of Texas, George W. Bush, designated Selena’s birthdate as Selena Day, mostly in Texas. This death remains a significant part of the popular culture history of 1995. She is the inspiration for the famous American actress and singer Selena Gomez.

Other technological advancements include the release of Windows 95 and the announcement of WinPlay3, the first real-time MP3 player software. The DVD (digital video disc) is introduced in September 1995, signalling the end of the VHS tape format (video home system).

Toy Story was released in 1995, according to Pixar. It was not only the first full-length computer animated feature picture to be released in theatres, but it also launched a long-running movie franchise. This was also the year when Star Trek: Voyager premiered on television and Mel Gibson’s Braveheart hit theatres, reigniting interest in Scottish culture and the possibility of independence from the United Kingdom.

Continue reading to discover more about the events of 1995.