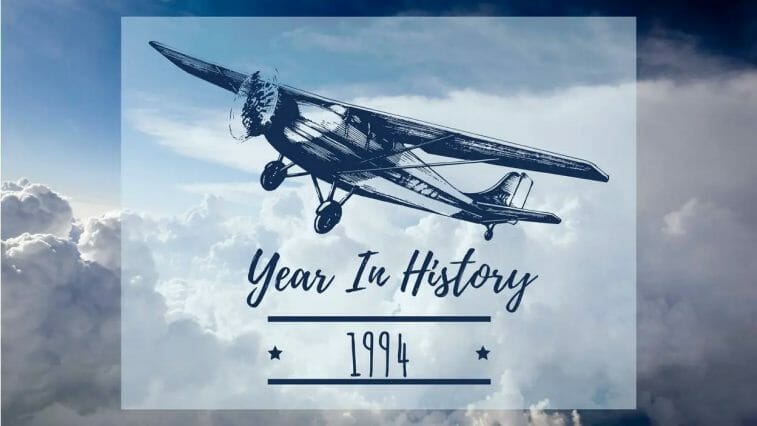 The Rwandan genocide, which began on April 7th in Kigali, marked the year 1994. The Hutu government’s horrific massacre of Tutsis would last 100 days, ending on July 4th. On a more positive note, Nelson Mandela was elected president of South Africa at the country’s first multiracial elections on April 27th. On January 14th, US President Bill Clinton and Russian President Boris Yeltsin signed the Kremlin Accords, which de-escalated Cold War-era tensions. On April 16th, Finns voted to join the European Union, and on May 6th, the Channel Tunnel between France and the United Kingdom was finished after seven years of construction.

Schindler’s List, directed by Steven Spielberg, won seven Academy Awards, including Best Director and Best Picture. Green Day, a punk rock band from the United States, released Dookie on February 1st, which went on to sell over 20 million copies worldwide, while Edvard Munch’s iconic painting “The Scream” was stolen in Oslo on the same day, only to be returned in May of that year. On April 8th, Nirvana’s Kurt Cobain is discovered dead from a self-inflicted gunshot wound, and on June 15th, Disney’s The Lion King, the highest-grossing hand-drawn animated film of all time, is released. Friends, the popular sitcom, aired on NBC a few months later.

On June 14th, the New York Rangers defeat the Vancouver Canucks to win the Stanley Cup, sparking a riot in the city of Vancouver. This happens just a few days before NFL star O.J. Simpson is charged with murder. Apple introduced the first PowerPC-equipped personal computers, which marked a tremendous jump in computing capability in science and technology. Justin Bieber, a Canadian musician, and Dakota Fanning, an American actress, were both born in 1994.

Continue reading to discover more about the events of 1994.