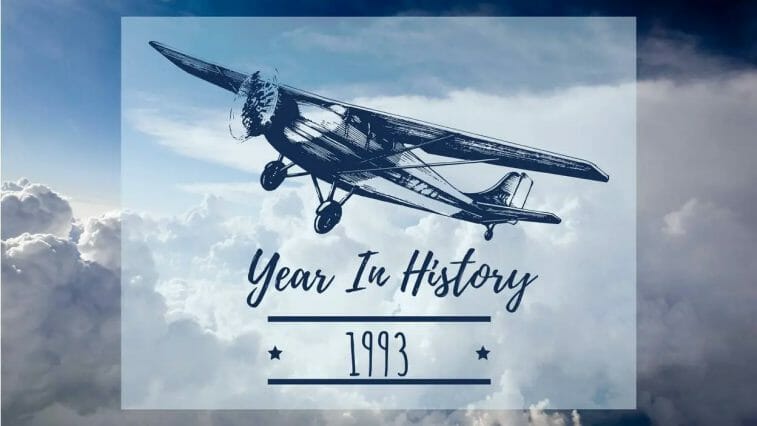 The 1990s saw rapid technological advancements, the demise of communism, and the global spread of diversity. Despite fitting into several of these themes, the year 1993 had its own distinct flavour. This year, the world’s population surpassed 5.5 billion people, and many new parents chose the name Jessica for their child. That year, the film industry witnessed some incredible debuts.
Jurassic Park was released in theatres throughout the world, Schindler’s List was released in theatres, and Robin Williams made his cinematic debut as the spunky Mrs Doubtfire.

The libraries had plenty to offer those who preferred literature to movies. Nightmares and Dreamscapes by Stephen King and The Giver by Lois Lowry were on almost everyone’s reading lists. Audrey Hepburn, Thurgood Marshall, Andre the Giant, River Phoenix, drug lord Pablo Escobar, and freedom warrior Cesar Chavez were among the many celebrities that died that year. Nearly two decades later, the births of Zayn Malik and Ariana Grande characterised the chart-topping hints.

Both Russia and the United States experienced significant leadership transitions and increased diplomatic cooperation after signing an arms reduction deal in 1993. In Russia, Boris Yeltsin was elected president, while in the United States, Bill Clinton succeeded President George HW Bush. Russia has finally withdrew the last of its troops from Poland, marking yet another step toward peace. Martin Luther King Day was recognised in all 50 states for the first time in US history. The year also saw the DOW close above 3500, the launch of The X-Files, the closure of Sears catalogue department, and Nelson Mandela’s Nobel Prize acceptance speech.

Continue reading to discover more about the events of 1993.