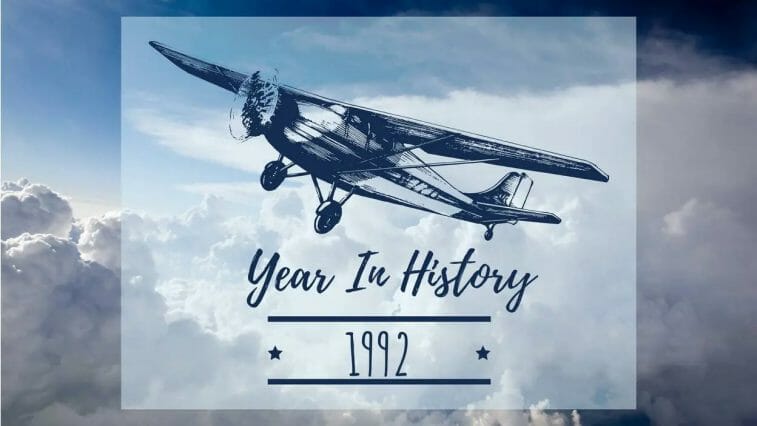 With the launch of the first ever Nicotine Patch, which is intended to assist smokers quit, technological improvements have been made. In 1992, the first ever DNA fingerprint was created. In addition, the Balkan War between Serbs, Croats, and Muslims reached a head in the year, prompting UN intervention. Euro Disney, on the other hand, debuted in France, while rioting erupted in several UK locations, notably Bristol. It was the year that Bill Clinton was elected president, as well as the year when America’s largest mall, the Minnesota Mall, was built, encompassing 78 acres.

Unbeknownst to many, 1992 was the year that the United States recognised three former Yugoslav republics, as well as the dissolution of the Yugoslav Federation. Informally, Yeltsin and Bush declared the end of the Cold War, and China was relieved when the US withdrew trade sanctions against them. General Manuel Noriega, the former president of Panama, was convicted in a US court of law on drug-related charges and sentenced to 40 years in jail. During this time, the Russian Parliament approved the START Treaty, as well as the split of Czechoslovakia into two nations. At the same time, as US forces left the nation, the Phillippines were able to enjoy the absence of the American military. Furthermore, a force led by the United States was approved by the UN to guard food for Somalia, and NAFTA (North American Free Trade Agreement) was virtually signed at the same time.

Compact discs surpassed cassette tapes as the most popular type of recorded music in this year. According to a poll, there are 900 million television sets in use worldwide, with the United States leading the pack with 201 million. Johny Carson hosted his final show on The Tonight Show after dominating late-night television for more than two decades. It’s also the year when the first text-based Web browser was made available to the general public, signalling the start of the now-famous World Wide Web Era.

Continue reading to discover more about the events of 1992.