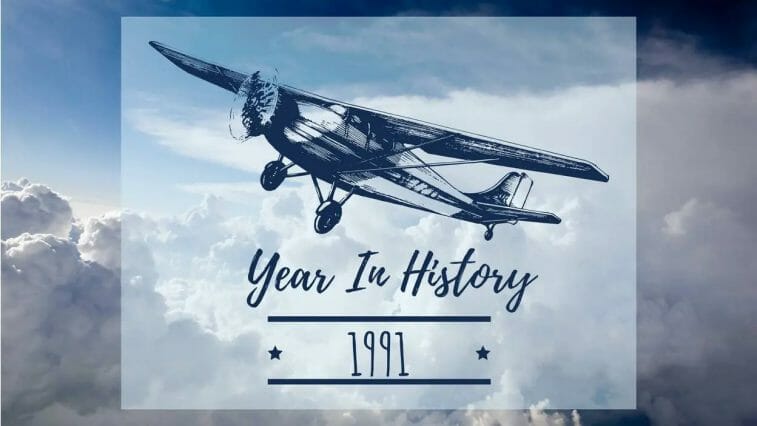 The millennial generation was born during the decade of the 1990s. The events of the era were revolutionary, although being cut from a different cloth than previous generations. Experts with knowledge of the period’s history contributed to the major events of 1991 in a professional capacity.

The internet was conceived as a means of providing an alternate communication channel during the Cold War. After the Soviets launched Sputnik into space, the Americans perceived it as a threat and wondered what would happen if the Soviets launched a missile to cripple long-distance communication, which was heavily reliant on telephone lines. J. C. R. Licklider of M.I.T. and Apra proposed a non-telephonic galactic network in 1962. The internet underwent numerous stages of development until the World Wide Web was born in 1991, a platform that houses content that can be accessed from any computer on the planet.

Michael Schumacher, a German racer, began his quest to be the greatest Formula One driver of all time on August 25. He debuted with Eddie Jordan’s team, owned by an Irish businessman. Due to technical issues, Schumacher was forced to retire after the first lap. He had piqued the interest of the Benetton racing team since that first race, and he signed a five-year contract with them. In 2006, at the age of 37, Schumacher announced his retirement from motorsport. With 91 victories, he holds the record for most Grand Prix racing victories in history.

Representatives from the 11 Soviet states convened in Alma-Ata, Kazakhstan, a few days before Christmas in 1991, and unanimously voted for the Soviet Union’s disintegration. During his six years as the Soviet president, Mikhail Gorbachev advocated and executed radical measures that were unpopular with the union states. On December 25, 1991, Mikhail resigned, profoundly disappointed by his country’s collapse. The Nobel Peace Prize went to Mikhail Gorbachev in 1990.

Continue reading to discover more about the events of 1991.