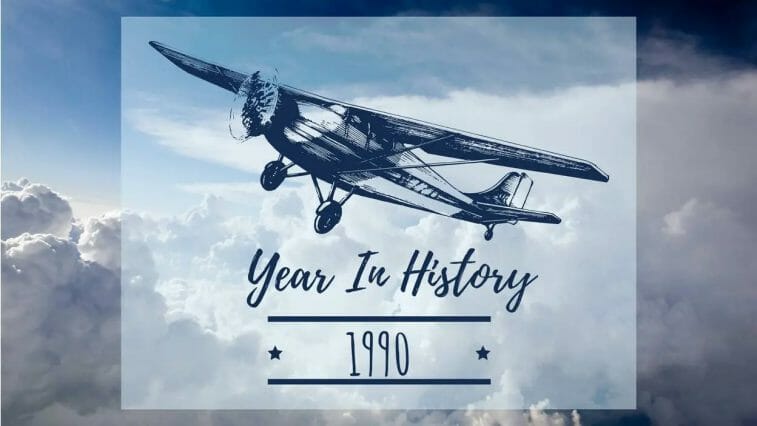 The millennials of today are children born in this year and later years. A multimillion-dollar lawsuit was filed against Judas Priest after a youngster committed suicide after listening to their song “Better by You Better Than Me.” For their song “One,” Metallica earned their first Grammy award for Best Metal Performance. Ghost, starring Patrick Swayze, Demi Moore, and Whoopi Goldberg, was the box office’s highest-grossing film.

Nelson Mandela was released from prison three days before Valentine’s Day. In 1964, he was condemned to 27 years in jail with hard labour. Mandela spent his first 18 years in prison on Robben Island, in a cell without a bed or running water. According to the sentencing conditions, he would send and receive a letter every six months and get one 30-minute visitation every year. When F. W. de Klerk became president of South Africa in 1989, he set out to eliminate apartheid, with Mandela’s freedom at the top of his priority list. For their achievements in abolishing apartheid, Mandela and de Klerk were awarded the Nobel Peace Prize.

On October 3, 1990, little than a year after the fall of the Berlin Wall, Germans from East and West gathered together for Unity Day. The cold war was fought on the battlefield of a divided Germany. The country’s unification was a clear sign that the Cold War was coming to an end.

On July 2, a stampede at a pedestrian tunnel in Mecca killed approximately 1,400 people. Muslim pilgrims on their way to Mecca for the annual Hajj trip were caught up in the rush. This was the latest in a series of disasters that have occurred throughout the trek. The event was caused by police enforcement’s lack of effective organisational plans and the large number of people that showed up. Technology was progressing at the time, and more individuals had colour televisions in their houses. It’s also the year Satoshi Tajiri started working on the world-famous Pokémon video game.

Continue reading to discover more about the events of 1990.