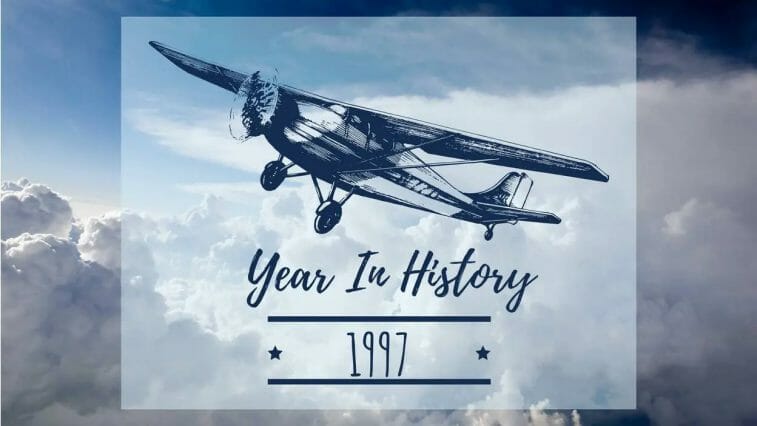 The year 1997 was full of important events as the twentieth century came to an end and a new century loomed on the horizon. This year, J.K. Rowling’s Harry Potter and the Philosopher’s Stone was released in the United Kingdom, which was a significant literary event. It was Rowling’s first work, and the first book in the well-known Harry Potter series. This seven-book fantasy series became a worldwide sensation, spawning a phenomenally successful franchise of film adaptations, prequels, and even theme park attractions.

The Simpsons aired its 167th episode on television, making it the longest-running animated series in history. The Crocodile Hunter, a show hosted by Australian animal expert Steve Irwin, premiered in this year. 1997 was also the year that Trey Parker and Matt Stone’s iconic animated comedy, South Park, premiered on Comedy Central. The show immediately became a national and international hit, evolving into a fantastic vehicle for social satire and criticism on American culture.

This year, there was also a significant scientific breakthrough. Scientists in Scotland have reported the birth of the world’s first cloned mammal, a sheep named Dolly, cloned from an adult cell. While the news generated heated debate about the ethical limitations of science in general, and cloning in particular, the achievement’s significance cannot be overstated.

While there were numerous important events in 1997, two huge deaths that shocked the world will undoubtedly be remembered forever. This was the year that Diana, Princess of Wales, died tragically in an automobile accident while married to Charles, Prince of Wales (Queen Elizabeth II’s eldest child and heir apparent). Diana had caught the world’s interest with her beauty, grace, and extensive charitable activity. Another passing affected the world as well. Mother Teresa of Calcutta died in this year, after suffering from heart difficulties for many years. Mother Teresa was well-known across the world for her piety and, in particular, her charitable work in some of the world’s poorest areas. In 2016, the Roman Catholic Church declared her a saint, and she was given the title of Saint Teresa of Calcutta.

Continue reading to discover more about the events of 1997.