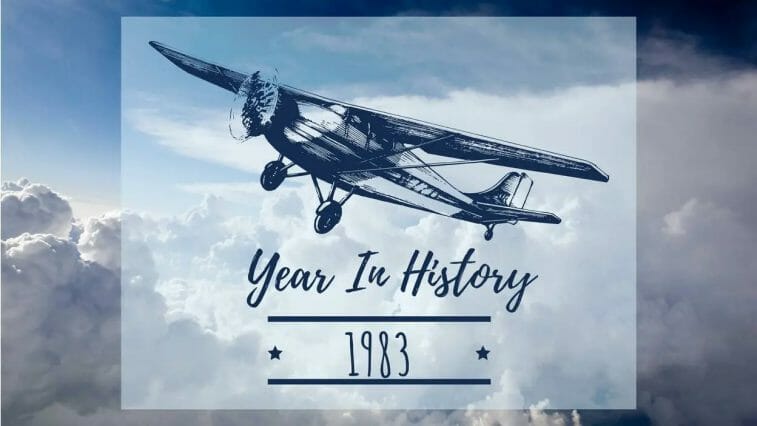 The 1980s, marked by big hair bands and significant socioeconomic change, provided the groundwork for many of the things we now take for granted. While 1983 follows many of these trends, it also has its own set of noteworthy occurrences. Consider a year with a population of just around 4.7 billion people and a large number of births called Michael or Jennifer. The horror novels Christine and Pet Sematary by Stephen King dominated the shelves, and The Color Purple won the Pulitzer Prize.

Flashdance, Star Wars Episode VI, Scarface, and A Christmas Story were the most popular films on the big screen. In the realm of music, David Bowie’s single “Let’s Dance” debuted at number one. While we acquired Carrie Underwood and Amy Winehouse in 1983, we also lost Tennessee Williams, a playwright, and professional boxer Jack Dempsey. Aside from the media and births, 1983 was plenty of intriguing occurrences.

The year saw a number of firsts, including Sally Ride being the first woman in space. The first one-pound coin was issued in the United Kingdom. For the first time, the US Congress passed the War Powers Act. India’s first rocket was launched. The world also witnessed the first CT scan-based recreation of a human head.

Many abortion restrictions were also overturned by the Supreme Court in 1963. Martin Luther King Jr. Day was established by the US government in a less contentious move. On April 15th, Tokyo inaugurated its own Disneyland, allowing Japanese families to experience a different kind of vacation. On April 8th, David Copperfield performed one of the world’s most famous illusions, making the Statue of Liberty vanish in front of an audience.

Continue reading to discover more about the events of 1983.