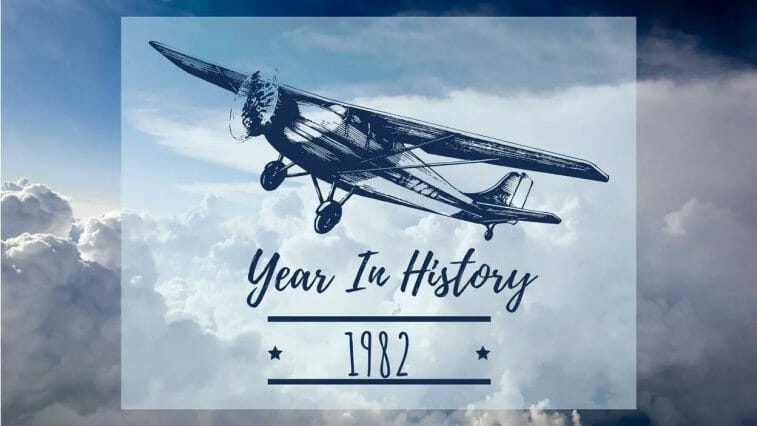 People were enthralled by new technologies in 1982, which resulted in a substantial shift in their purchasing habits. Smaller and less expensive electronic devices, such as the first CD player, were introduced to the market. It was also the start of a new sort of industry, since for the first time, a genetically engineered human insulin manufactured by bacteria was used and sold.

On the other hand, in Europe, Argentina invaded Falkland, resulting in a significant war between Argentina and the United Kingdom over the island. As a result, the British won the Falkland War after a hard conflict. It is also the year that Israel invaded Lebanon in the well-known PLO invasion, and Lebanese Christian Phalangists massacred hundreds of people in two large Palestinian refugee camps in West Beirut.

Princes Grace died in 1982 at the age of 52 after suffering catastrophic injuries when the automobile she was driving crashed off Mountain Road. Stephanie, her daughter, who was also in the car, was critically injured but survived. Leonid I. Brezhnev, the Soviet leader, died at the age of 75, and Yuri V. Andropov, 68, was picked as his successor. Due to his insanity, a jury in the United States decided that President Ronald Reagan’s gunman, John W. Hinckley Jr., was not guilty of the shooting. However, as the Equal Rights Amendment was failing to gain traction, Alexander M. Haig, Jr. proposed his retirement as Secretary of State.

Michael Jackson’s career was at its pinnacle in this year. He released the iconic Thriller, which went on to sell a record-breaking 25 million copies, making it the best-selling album in history. John Belushi, on the other hand, dies at the age of 33 from a drug overdose. Cats, the longest-running Broadway show, debuted in 1982.

In the field of health and nutrition, this was the year that Dr. Barney B. Clark, who was 61 at the time, had the first permanent artificial heart implanted at the University of Utah Medical Center in Salt Lake. The first magnetic resonance imaging (MRI) diagnostic machines are also introduced in the United Kingdom.

Continue reading to discover more about the events of 1982.