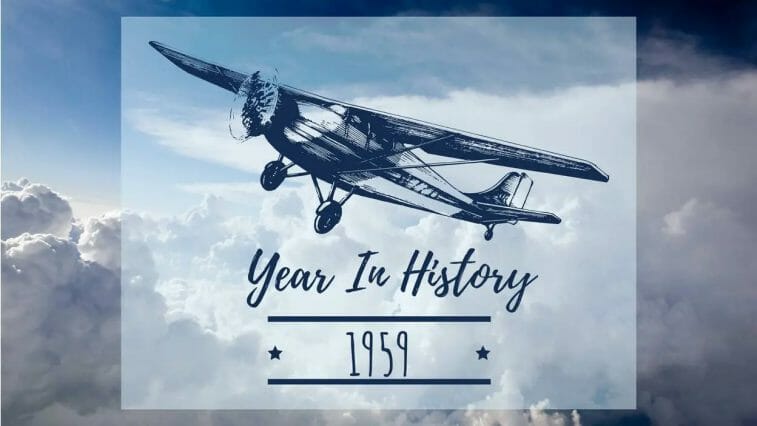 The United States was presided over by Dwight D. Eisenhower in the year 1959, which was on the edge of the 1960s. The world’s leaders presided over a population of around 3 billion people. Michael was the most preferred name for young males. If you had a girl, on the other hand, you were significantly more likely to name her Mary. Lawrence Taylor, the world’s finest linebacker; Flavor Flav, the musician and celebrity; Stephen Harper, the former Prime Minister of Canada; English actor Hugh Laurie; and comic Weird Al Yankovic were among many who shared their excitement. While Dr. House was added, Cecil DeMille, Buddy Holly, Frank Lloyd Wright, and Lou Costello were lost.

A Separate Peace by Knowles, Star Ship Troopers by Heinlein, and Naked Lunch by Burroughs were the most popular book club picks. Ben-Hur, Some Like it Hot, and Sleeping Beauty all enjoyed a surge in popularity in theatres around the world. Continue reading to learn how this year paved the way for the American flag, the modern workweek, and a worldview that will never be the same. During these twelve months, the first Barbie doll was sold, the first weather satellite was launched, the first episode of The Twilight Zone aired, and the first coloured picture of Earth as seen from space was created. Furthermore, the world’s inventors offered us our first glance at the pacemaker and the microchip.

Fidel Castro’s army pushed ex-dictator Batista out of Cuba, ushering in a new era of government. With the inauguration of Charles de Gaulle, France saw the start of the 5th republic. While Cyprus was granted independence, Singapore’s first prime minister was sworn in. In 1959, a giant step toward world peace was taken. Despite being angered by the fact that he was refused admission to Disneyland, Russian President Nikita Khruschev agreed to reestablish diplomatic relations with the United States. Meanwhile, the number of US states increased from 48 to 50 with the admission of Hawaii and Alaska. Finally, establishing long-term working patterns, West Germany became the first country to implement a five-day work week.

Continue reading to discover more about the events of 1959.